Renovating a home in Italy: An expat's story

Under the Tuscan Sun has a lot to answer for.  With all the giggling, good-looking locals and free-flowing red wine, you’d be forgiven for thinking moving to Italy and renovating an old house is, at worst, a series of hilarious events that eventually leads to a happy ending.

My husband and I recently bought and renovated a turn-of-the-century apartment in small town Manciano in Southern Tuscany.

At the start we were quietly confident. The apartment had good bones, it just needed a face lift, a nip and tuck to bring it into the 21st century. Our builder said it would take three months max. We believed him.

Almost nine months on and I am quietly traumatised. It doesn’t matter what country you come from, whether it’s Australia like me, or somewhere else, there is nothing like renovating in Italy. It is its own unique, unmistakable, indescribable and unforgettable experience.

I had the fortune and misfortune of working with builders I knew. My husband is from Manciano and the people we hired were friends and acquaintances. You know them, so that means they’ll work better. Yeah, no.

As I write, I am staring at my bathroom door, which leans so much to the right that it could easily have a cameo role in one of those science fiction films where the spinning door leads to another dimension.

It’s an old house, my husband reminds me. The walls weren’t straight to begin with. The builders couldn’t do anything. That makes sense, except this particular bathroom is new. We built it from scratch.

Every time I walk past the crooked door frame, I think how lucky I am that we knew our builders. Can you imagine if we didn’t? They probably would have put it upside down.

I won’t deny renovating is difficult wherever you go, but in Italy it’s generally accepted that your builder will disappear for weeks without telling you. That you can have two builders and a stonemason study your marble island countertop for two weeks, install it and study it for another two weeks before finally deciding that skinny silver pole isn’t enough to support the weight.

Builders make or break a renovation, so if you’re looking to hire, I can’t stress enough that you need to ask the locals, ask your surveyor, ask your real estate agent. In small towns, reputation is everything, which makes the job easier. In cities, rely on your fellow expats, get on the forums and pray you find a good builder who speaks English.

I only have admiration for renovating expats who aren’t fluent in builder’s Italian. I had to draw pictures to get my husband to understand what I wanted and things still didn’t go to plan. My advice to anyone working with a non-English-speaking builder is to rope in an Italian friend or colleague.

When you’re an expat, you’re not just fighting against a language barrier, you’re fighting against a cultural barrier. Throughout our renovation, I was a constant source of pity. That poor deluded Australian woman wants down lights in her living room. No matter how hard you try, most builders won’t take you seriously simply because you’re a foreigner, so it’s good to have a native on your side.

A native also comes in handy when you’re tackling local laws and regulations. Every comune or council in Italy has its own strict building regulations. For example, our comune would under no circumstances let us build a pergola with anything other than plexiglass. Ignore this at your own peril. If the council finds out, they fine you and order you to demolish whatever is not up to code.

Your best bet is to get yourself a really good geometra, who acts as architect, engineer, surveyor and site foreman. You’re legally required to hire one for any major renovations, so opt for someone who speaks English and ask them plenty of questions about building regulations. But don’t assume they know everything. My surveyor spent six months telling us solar panels could power our house before actually looking at the figures and realising the opposite. Use Google translate to help you double check on your local council website or national sites like Archiportale.com or LavoriinCasa.it.

Once your renovations are under way, you can safely forget about a timetable. Italian builders can’t be begged, bribed or threatened to work faster. Most will wait until the absolute last minute to tell you that you need to find a plumber because the heating system you thought was functional was being held together with bits of string and newspaper.

That was the first of many expensive surprises for us. In Italy, it’s hard to get a builder to tell you how much any job will cost. Our builders had a tendency to quote a higher figure to make sure they came under budget. So we sensibly didn’t ask, which was great, until the bills started coming in and we had no way to plan for them. I wish I had a solution for this. The only answer is to bite the bullet and pay more for the security of knowing how much.

Perspective like this comes long after you’ve missed your third scheduled finish date. My walls might ripple with uneven plastering and I may have come home to a 3m tall door I didn’t order, but our finally finished apartment is more or less what we imagined.

One of the greatest comforts of expat life is being able to create a sanctuary that reminds you of home, that has wooden floorboards or tall ceilings or all things you love, but would never find in a typical Italian apartment. That’s why I don’t regret renovating. I’m just convinced you need saint-like patience and the strength to accept everything won’t inevitably go to plan, or you might find yourself like me, so frustrated you consider picking up a trowel and doing the tiling yourself just to get it finished.

►Read more about what Elisa has to say about living in Italy in her interview with Expat Arrivals. 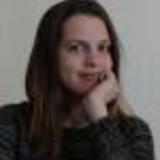