A huge number of Brits currently live overseas – in fact more than 5 million people from the UK have settled in other countries, if you can believe it. And this number is on the rise. Perhaps you’ve been thinking of following their example and moving abroad, but you’re looking for answers to questions such as “which countries are the most popular among British expats?” and “how many British expats live in these countries?”

Pack & Send’s most recent infographic aims to answer these questions, by presenting the most popular destinations for British expats (you might be surprised by the results), giving brief explanations of why these countries are the most popular, and touching on what they can offer to British people.

There are many reasons why British people decide to live abroad, one of the most obvious being the fact that people just can’t stand our (often rather cold and rainy) climate, and go in search of warmer weather. There are other broader reasons such as seeking an improved quality of life or to move towards a better educational system. Health also plays a large part in reasons behind emigration; sometimes to move to a country which offers a better healthcare system, or, increasingly, because doctors’ orders are to relax and unwind somewhere hot and sunny, especially for some of the more senior members of our society.

However, it isn’t all fantastic hospitals and if you like piña coladas (sorry about putting that song in your head). There are some negatives about moving away from your native country, such as being offered lower wages, or not feeling part of the community.

Have a read through this infographic to see if it’s what you expected. Did you have a most popular country in mind? Are there any countries missing from the list that you thought would be there? 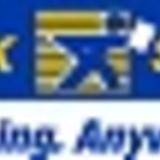