Expats may face some culture shock in Belgium, especially when they first arrive. Most notably, there are three main languages and many different cultures all wrapped up in one fairly small country.

The northern half of Belgium is occupied by the Flemings, who speak Dutch, whereas the southern half is mostly occupied by the French-speaking Walloons. This is a result of the troubled history of the region that is now Belgium, which has been invaded and occupied many times. The country as it exists today has only been around since the mid-1800s.

The cultural and linguistic differences can be striking if one travels north into the Flemish areas or south into Wallonia. The buildings are different, the people are different, and the two communities generally have different traits. So, it can sometimes feel like a country divided in half.

The general perception is that the Flemings are more industrious and serious, as they tend to be quieter and more reserved. The Walloons are known to be more relaxed, expressive, easy-going, and outwardly emotional.

Most Belgians, particularly in Brussels, are adept with languages and can speak English in addition to their French and Dutch. It's still a good idea for expats to learn some Dutch or French, depending on the area they are going to be living in and the type of work they will do.

In many respects, the customs and etiquette in Belgium are fairly typical of the wider Western European region. Belgians are generally quite reserved and usually greet people they don’t know as friends with a handshake. In the French-speaking community, a kiss on the cheek is often common among people who already know each other.

Belgium is a fairly liberal society that is tolerant of different races, cultures and religions. In Brussels, particularly, expats will see people of almost every nationality, race or religion going about their daily lives in close proximity.

Expats should note that all Belgian citizens, immigrants, expats and tourists are required to carry some form of identification at all times in Belgium.

As a country famed for its beer, alcohol is widely available in Belgium. Most bars, cafés, restaurants and sandwich shops happily sell beer. It's even possible to buy beer at McDonalds. Beer is also considerably cheaper than in some other countries. A can of beer is often cheaper than a can of soda of the same size.

Officially it’s illegal to drink on the street but in practice, this doesn't seem to be enforced, as most bars have an outside area for smokers. It’s not uncommon to see people drinking beer in the park on a warm afternoon.

Are you an expat living in Belgium?

Expat Arrivals is looking for locals to contribute to this guide, and answer forum questions from others planning their move to Belgium. Please contact us if you'd like to contribute. 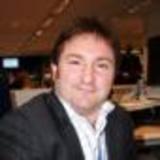 I'm an IT contractor, currently living and working in Brussels. I'm 41 and married with a little boy of three. When I'm not working or finding out about Brussels I like riding bicycles and motorbikes and taking photographs.