Pros and cons of moving to Houston

Houston has long since been a popular city for expats and American citizens moving from other states. Many people are drawn to the city’s excellent healthcare system and vibrant nightlife. However, living in Houston does have it’s negative points, like a lack of good public transport options and expensive electricity. Though most residents will agree that the positives far outweigh the negatives. Below are some of the pros and cons of living in Houston, Texas.

- CON: Weather can be extreme in summer.

The locals claim Houston has two seasons; hot and hotter. The summer months can be exceptionally hot, with temperatures often reaching almost 100°F (40°C). This can be overwhelming for expats hailing from countries with milder summer temperatures.

Hurricane season (June to November) can often bring torrential rain and severe flooding. Houston doesn’t have a great drainage system, so when it rains, it usually takes a while for the water level to recede.

Balanced with a scorching hot summer and a soggy hurricane season is a beautiful fall and spring and a mild winter. From November through April, Houston tends towards much more reasonable temperatures and beautiful weather – be warned, however, this is also construction season. Diversions and road closures may be in place.

Eating out in Houston

The eating out scene in Houston is huge – ranging from an exceptional food truck scene to vibrant and plentiful casual dining options and everything in between. With cuisines from every corner of the world, residents won’t find themselves at a loss for something new to try. Eating out typically won’t break the bank either.

Consistency can be an issue in many places. Expats will often find themselves arriving at a favourite restaurant only to discover that it has closed down or been replaced. Turnover for restaurants is quite high in Houston.

Cost of living in Houston

+ PRO: Cheaper than the rest of the USA.

Cost of living in Houston is generally cheaper than the US average, with fuel and accommodation prices being on the lower end of the scale. Houston also stayed pretty insulated from the recession, so employment levels weren’t hit nearly as badly as in other states across the US.

- CON: Electricity can be costly.

Electricity is expensive. Prices are often even higher during the summer months. This is due to air conditioning constantly running thanks to the overwhelming heat.

Healthcare in Houston is exceptional. Houston is one of the medical care centres of the world. If someone is sick, Houston is the place to be. The wealth of options available for treatments is extensive. There’s no shortage of second opinions, and wait lists are often non-existent or short.

- CON: Healthcare can be expensive.

Cost is an issue. However, this is an issue nationwide. Houston actually falls short of both the state and national average cost of healthcare. The insurance system can also be incredibly confusing and time consuming to figure out.

Whether searching for a one-bedroom apartment, or a five-bedroom house with a pool and yard, Houston has a plethora of accommodation options available. There seem to be constant new-builds sprouting up across the greater Houston area. There’s also a wealth of choice of more established properties for those looking for something a little older.

- CON: Heavy traffic will influence where one lives.

Pay attention to the traffic and congestion when picking a home. Working in the city means one may wish to commute to a neighbouring subdivision. However, Houston rush-hour can leave residents stuck in traffic for upwards of an hour depending on where they live.

Houston certainly has some excellent international school options available, offering a strong academic portfolio with options for International Baccalaureate, French Baccalaureate and British A-Levels. In many of the neighbouring cities (like Katy) the public schooling is also highly rated and a choice many expats are making when it comes to their children’s schooling.

- CON: Private education can be expensive.

As in many cities, the cost of private education in Houston can be expensive. Though there’s a wide range of prices, most schools are costly. Many private schools and international schools will also have extra fees to keep in mind like uniforms and school excursions.

Houston is an alive and vibrant city. It has both pro- and minor league sporting teams, great venues for music concerts and shows, a renowned museum district and no limit of options for family-friendly things to do with children. The city has a number of international festivals every year which draw crowds from neighbouring cities and states. A lot of these events and activities are low-cost or free.

Houston is one of the top five biggest cities in the USA, as such, everything is pretty well spaced out and walking in many areas isn’t an option. Poor public transport links are also an issue in the city, and grabbing an Uber can be costly. So, most expats who live in the greater Houston area own and drive their own cars. Those who decide to take a walk somewhere that isn’t a designated walking path may get some strange looks or get asked if they need help.

► For more information on the city, read Frequently Asked Questions about Houston

Are you an expat living in Houston?

Expat Arrivals is looking for locals to contribute to this guide, and answer forum questions from others planning their move to Houston. Please contact us if you'd like to contribute. 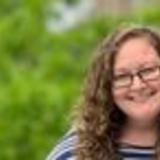 I grew up dreaming of an exciting life abroad, and, after graduating from Queens University, Belfast, that is exactly what I did. Having recently repatriated to Northern Ireland after a decade abroad spanned over two countries (seven and a half years in America and eighteen months in India), I now find myself 'home', with itchy feet and dreams of my next expatriation. With a penchant for both travelling, and writing, I started a blog during my first relocation to Houston, Texas, and since repatriating to Northern Ireland, I decided to do as everyone has been telling me to do for years, and finally pen a book (or two) and get published while trying to adjust to the people and place I left ten years ago, where nothing looks the same as it did when I left.