Keeping in Touch in Russia

Keeping in touch in Russia is quite simple when living in large cities like Moscow or St Petersburg. These modern cities offer most of the same amenities found in large European cities. Internet, mobile phones and media are widely available and fairly easy to access, particularly if one can speak basic Russian. Many Russian people speak some English, but fluency shouldn't be expected.

Internet and landline telephones in Russia

In Russian cities, most apartment buildings are already wired for an internet connection, meaning expats will simply need to contact a service provider to come over and physically bring the wiring from the hall into the apartment. Expats should speak to their landlord first to determine whether the connection has already been installed. If it has, one can simply call the previous internet provider and turn on the service.

In order to sign any new contract, expats should provide a passport with a valid Russian visa. Speaking Russian or having a Russian speaker present during this process will be very helpful.

Most packages will include internet, television and landline telephone service, though it's possible for expats to pick and choose exactly what they need. Many expats in Russia are happy to opt out of a landline telephone and television, as mobile phones and internet television services are cheaper and more convenient.

Free public WiFi is also available, especially in the bigger cities including Moscow and St Petersburg. Expats will find free public WiFi in parks, restaurants and the Moscow metro.

Social media and censorship in Russia

Social media sites and messaging services are widely accessible in Russia. Censorship is not much of a concern, but expats shouldn’t be surprised by occasional blockages. Some sites may be temporarily blocked as the Russian government continues to institute strict internet blacklisting laws. These sites will usually become available again after a few days.

For those living in Russia for a shorter time, cities are full of WiFi options. Most restaurants, cafés, and even clubs have fast and free WiFi connections.

Many of the main internet providers in Russia also sell mobile phone services. The three predominant companies are Beeline, MegaFon and MTS. There is not really much variation between the three large service providers, as reception and cost of service will be roughly the same. Note that mobile phone contracts are usually separate from internet and landline telephone contracts, even if choosing the same company for both.

The Russian postal service, called Pochta Rossii, is fairly cheap, but slow and unpredictable. However, there are many global courier services that operate efficiently for both in-country and international post.

Post sent through Pochta Rossii from within Russia can take several weeks to arrive at its destination. Post from abroad can take anywhere from one to four months to arrive, as getting through Russian customs is a very long process. It is also not unheard of for post to never arrive at its destination. It is inadvisable to send or receive any important or time-sensitive documents through Pochta Rossii's services.

English-language media is easily accessible in Russia's larger cities. The Moscow Times is a well-respected English newspaper, and most of the larger Russian newspapers have an English presence online.

On the whole, most expats in Russia do not keep a television in their homes. Russian television is dominated by state-controlled media and offers a limited range of programmes. Some foreign channels are occasionally available with the most expensive television contracts.

►For advice on managing your finances while living in Russia, see Banking, Money and Taxes in Russia.

Are you an expat living in Russia?

Expat Arrivals is looking for locals to contribute to this guide, and answer forum questions from others planning their move to Russia. Please contact us if you'd like to contribute. 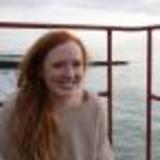 Polly Barks has been living, working and blogging in Moscow, Russia, since 2010. As an EFL teacher, Polly has experience with the practical aspects of surviving in one of the world's largest cities. Her blog offers advice on where to go and what to see when in Moscow, along with travel photography and the occasional musing on long-term expat life.