Finland is the easternmost of the Nordic countries and one of the largest countries in Europe. As Finland’s capital and busiest port, Helsinki spills across a group of Baltic islands and promontories, and its smart new suburbs extend into the surrounding forests and countryside. The city is one of Europe’s most modern and culturally progressive places, yet remains in touch with an intriguing history that stretches back over 450 years.

It may take expats living in Finland a while to adapt to cultural differences. The general perception is that Finns are a reserved and quiet people, although this isn't always the case with the younger generations. Small talk, a skill which Finns are notoriously lacking, is sometimes considered with suspicion. Expats would do well to learn Finnish before relocating to the country.

Homeownership rates in Finland are high, and expats moving to Finland will find that housing there has all the modern conveniences. However, housing projects and individual homes tend to be small-scale by international standards.

The most important factor affecting housing costs in Finland is the shortage of reasonably priced housing available in the metropolitan areas. This often forces families with children to live in the outlying municipalities or even further, resulting in long and expensive journeys to work, increased dependence on cars and limited access to services.

Healthcare in Finland is mainly provided on the basis of residency and is primarily financed with general tax revenues. There are both public and private sector providers. Primary health services are generally the responsibility of individual municipalities and are provided through local health centres. Each municipality has a health centre, with the exception of some small municipalities, which may share resources with a neighbouring area. In addition, there are a few private as well as some state-owned hospitals.

Education is mandatory in Finland and school attendance is compulsory for all children, including foreign citizens who reside permanently in Finland. Most major cities in Finland have good quality local and international schools, but are likely to have a waiting list. For these reasons, it is vital to start looking for a school as early as possible.

Overall, expats who are willing to make an effort to adapt to local culture will find that life in Finland offers them a unique insight into Scandinavian and European lifestyles.

► Find out the essential info for Finland

Are you an expat living in Finland?

Expat Arrivals is looking for locals to contribute to this guide, and answer forum questions from others planning their move to Finland. Please contact us if you'd like to contribute. 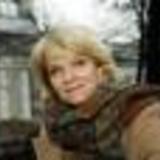 Marja Saviaro is a Coach, Immigration and Relocation specialist. She is the Director and Consultant of Return Ticket. Marja lived and worked in Zambia for seven years, first as an accompanying spouse and later working in the Finnish Embassy. After returning back home she worked in the Ministry for Foreign Affairs of Finland for seven years.