Getting Around in Nairobi

Nairobi is a very busy city, and getting around can be a challenge due to the limited information available on the existing public transport system. There is some public transport in operation in the city, but due to insufficient infrastructure and a general disregard for traffic rules, the situation can get very chaotic. Modes of public transport in Nairobi include matatus (shared minibus taxis), buses and trains. In general, expats don't use public transportation in Nairobi because of poor safety records.

Driving in Nairobi can be dangerous too, and most expats prefer to hire a local driver who knows the area well and can negotiate the sometimes reckless driving habits of others in the city. Another possible solution is to use a local cab company.

As with public transportation in any major metropolitan city, expats who do choose to use public transport in Nairobi should be aware of their surroundings and keep an eye on their belongings at all times.

Matatus in Kenya are shared minibus taxis that can transport a number of people at one time. While the network of matatus is somewhat informal, they do cover a wide geographical area, operating in much of greater Nairobi and its suburbs.

Though travelling by matatu is not recommended, expats who do decide to do so should be aware of the unruly and chaotic conduct of the drivers. Matatus are also frequently overloaded.

A number of bus companies offer services in Nairobi, providing a good alternative to matatus. Bus routes in Nairobi converge at the city centre. There are a few terminals in the city, which serve as drop-off and pick-up points for passengers.

Expats should be aware that some bus companies in Nairobi are very unreliable. Drivers may openly disregard traffic laws, making the journey dangerous for passengers. In addition, while bus fares are cheap, inner-city traffic often makes this a slow form of transport.

A commuter train service runs between the city centre and outlying areas and may be of use as a means of travel between home and work. Fees are inexpensive. However, during rush hours, trains in Nairobi can become very busy and travelling becomes uncomfortable.

Expats or travellers who are only in the city for a short time and do not have a company car will find that taxis are the most convenient and safest way to travel around Nairobi. Taxis can be easily found near international hotels, at most tourist sites, in the city centre and near shopping malls. Expats should be aware that if there is no meter visible, they should agree upon a fare before getting into the taxi.

Ride-hailing applications such as Uber are also available in Nairobi.

Walking and cycling in Nairobi

Expats are not advised to walk or cycle in and around the suburbs of Nairobi, due to various safety issues. Those that do choose to walk or cycle should be aware that there are high risks involved and should exercise special caution.

In 2018, a free bike-sharing scheme was introduced by the United Nations. However, there are still safety concerns to consider as well as a general lack of cycling infrastructure, meaning that cyclists will likely have to share the road with motorists.

Most expats choose to hire a local driver with experience of local road conditions as they are better placed to anticipate the erratic behaviour of Kenyan road users. Bad driving habits are ubiquitous among local drivers and indeed many companies hiring expats will provide them with a car and a driver.

Kenyans drive on the left-hand side of the road. For new arrivals choosing to drive in Nairobi, a GPS is a good idea, given the lack of road signs. As a general rule, it's best to avoid taking shortcuts. Rather, stick to the main roads as some parts of the city can be dangerous. Expats who do decide to drive in Nairobi should do so defensively and be as wary as possible.

Are you an expat living in Nairobi?

Expat Arrivals is looking for locals to contribute to this guide, and answer forum questions from others planning their move to Nairobi. Please contact us if you'd like to contribute. 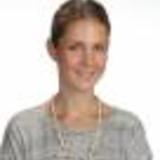 I have relocated to Kenya in 2012 with my husband and two kids. Enjoying the beautiful weather and laid back lifestyle here in Kenya.  After working for big corporations, decided to become a life coach and started my practice recently. I am also a blogger, who loves to write and read.