Nairobi is one of East Africa's most prominent cities. As the capital of Kenya, it serves as the economic hub of the country and surrounding regions.

There are various considerations for expats moving to Nairobi. One is personal safety. Much has been made of Nairobi’s high crime rate, despite the fact that it is comparable to crime rates in other capitals around the world. However, the crime that does take place here tends to be opportunistic and fairly unsophisticated.

There continues to be a corruption problem that trickles down from high-level politicians to those on the ground such as traffic police, and sadly it's an issue that fails to be properly addressed.

The amount of overseas aid money and development funding pouring into the country is one of the contributing factors to Kenya having its own micro-economy, and many expats working in Nairobi are employed by non-government organisations. But in spite of international aid efforts and the recent emergence of a large middle class, poverty is still a huge problem.

Having said all this, expats may be surprised to learn that in spite of its often poor reputation, many of those who move here fall hopelessly in love with Nairobi and choose to settle for many years, mainly because of the wonderful quality of life the city offers.

With spectacular game parks all over the country and a stunning Indian Ocean coastline on their doorstep, there’s plenty for expats to see and do. There's a sense of freedom, with great schools, new adventures to be had, and an extremely warm and friendly local population – all in a near-perfect climate.

"Nairobi is a big city that is always busy, vibrant, interesting. The great outdoors are not far away and most expats living here enjoy a good quality of life." Read more of Jerry Riley's thoughts in his expat interview about living in Kenya.

"Nairobi is changing so fast. It’s an exciting place to live and there are huge opportunities here. We have made sacrifices and taken risks by living out here, but we now have a very good quality of life, one that is possibly better than the one that we could have built in the UK over the same amount of time." Frances shares her thoughts about life in Kenya in her expat interview.

Are you an expat living in Nairobi?

Expat Arrivals is looking for locals to contribute to this guide, and answer forum questions from others planning their move to Nairobi. Please contact us if you'd like to contribute. 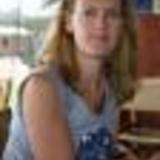 Moved to East Africa in 1999 shortly after marrying in the UK. First lived in Tanzania, then Kenya. We now have 3 children and are now very settled, though I do often ask myself, 'when will I go home?'. Follow my blog, Expat Wives Club.