*Libya's UN-backed Government of National Accord (GNA) declared a state of emergency in early 2019. Several foreign governments, including the US, UK and Australia, have advised on their websites that citizens should not travel to Libya.

Expats moving to Libya will find a country still recovering from a violent civil uprising against the regime of Colonel Muammar al-Gaddafi which began in February 2011. Despite the end of the conflict in October 2011 following al-Gaddafi’s death, the security situation in Libya remains uncertain and protests and violent clashes between opposition groups and clan factions continue to occur sporadically across the country.

Needless to say, Libya is not the expat destination that it once was. Although some foreign companies and expats who left Libya at the height of the conflict have slowly trickled back, the situation remains uncertain and jobs are not guaranteed. Expats seeking work opportunities in Libya should consider their options carefully and continue to monitor developments closely.

Libya is a Muslim nation, and it follows that it’s a conservative society in which nightlife is limited, alcohol is banned and eating out is nowhere near as frivolous an experience as in the Western world.

Most expats moving to Libya are concentrated in Tripoli, nearby Janzour, or in Benghazi. Misurata and Zawia also attract their fare share of expats. It’s rare that foreigners relocate to Libya without confirmed employment, most of which is in the hydrocarbon or construction industries. As a result, many expats have their accommodation, visas, healthcare and even their children's education arranged by a relocation agency or by their employer. The demand for university ESL teachers is also high across Libya and attracts many expats.

Expats may find that the public education standards in Libya are well below what they're used to. It is only in recent years that more options have become available for expat children – although choices remain few, the handful of international schools available are generally well organised and reputable.

Libya is a developing country and one that has been severely impacted by a devastating conflict. Libya will not suit someone looking for a vibrant modern country, replete with cultural, retail and nightlife opportunities. Added to this, the uncertain security situation is certainly a major deterrent to any expat seeking to live and work in Libya.

Tipping: Not common, may be offensive. However, tipping tour guides is appreciated.

Drives on the: Right

"I do enjoy the more simple way of life, sincere human contact in a country where machines and internet haven’t yet taken over our lives". French expat Jameela shares her experiences of life in Libya here.

"We now enjoy socialising with our many expat friends, cooking dinner at our homes, barbequeing by the pool on the weekends, and making the most of the gorgeous weather which allows us to enjoy dinner outside in the garden for eight months of the year". Read more about Sarah, a Maltese expat, and her experiences.

Are you an expat living in Libya?

Expat Arrivals is looking for locals to contribute to this guide, and answer forum questions from others planning their move to Libya. Please contact us if you'd like to contribute. 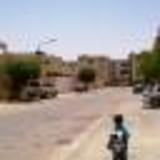