Safety tips for Greece by an expat in Athens

A lot of importance is placed by the international media, these days, on Greece – especially Athens – being a dangerous destination due to strikes and demonstrations.

It’s true that strikes take place and yes, demonstrations can occasionally turn ugly, but just exercise caution and don’t let it put you off staying in Athens. It's easy to find out what is happening that day and if there are areas (if any) to avoid.

Having said that, you could be wandering around the city centre enjoying yourself, completely oblivious to the fact that down the road people are taking part in a demonstration… Which proves my point that it’s not as pronounced as the international media will have you believe. If in doubt, nip into one of the city's many coffee shops and sit it out – join the locals by relaxing and enjoying a good frappe.

Public transport such as trolleys, buses, trains and the metro are efficient and safe. Just be sure to keep your bag close to you when it's crowded and, as in any major city, be vigilant around rail and bus stations.

Roads on the islands are very windy, often with no guardrail against a potential drop and having confidence in your driving skills is recommended, especially amongst the stop/start/cut-you-off traffic in Athens!

►For more information on living safely in the country, see our Safety in Greece page 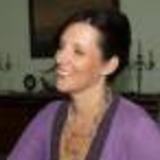 Bex is a British expat who moved to Greece to learn a different culture. She has travelled, lived and taught in various places around the globe, including Sri Lanka and Cambodia, and now finds herself living in Athens. Increasingly frustrated with the incorrect reportage of this beautiful country, Bex shared her experiences of living in Greece on her first blog, Leaving Cairo. In 2014, she launched her new blog, Life Beyond Borders, where she still offers insightful stories about the goings-on in Greece and Athens, as well as her travels elsewhere in the world.