Cost of Living in Greece

For the last decade, the cost of living in Greece has been low due to the effects of the economic crisis. However, now that the country is emerging from the crisis, prices are gradually beginning to rise once more.

That said, living costs in Greece are still fairly low, relatively speaking. In Mercer's 2018 Cost of Living Survey, Athens was ranked 112th out of 209 cities worldwide. This puts it well below other European capitals like London, Paris and Milan.

As with other destinations, the cost of living in Greece varies depending on location. The mainland is generally cheaper than the Greek islands when it comes to fuel and certain basic goods. The countryside is cheaper than cities but there is a much smaller range of products and services. Athens's northern and southeastern suburbs are the most expensive areas on the mainland, while the most expensive islands are those which attract the most tourists. Chief among these are Rhodes, Mykonos, Santorini, Corfu and Crete.

Cost of accommodation in Greece

Throughout the economic crisis, accommodation prices in Greece were low. Although both rental and purchase prices are now increasing, the cost of accommondation is still relatively inexpensive.

For those who have funds available, it's worth mentioning that foreigners who invest a certain amount of money in Greek property gain the right to apply for residency.

Cost of food in Greece

Greek food culture is famous and food in Greece is generally quite cheap, making for a happy combination. On the other hand, the country has some of the highest VAT rates in the EU, meaning that the costs of basic products are not as low as one might expect. However, the VAT rate for food is lower than other goods and the wide range of locally grown produce means that eating cheaply and well is not difficult.

Cost of transportation in Greece

Driving in Greece is notorious for being somewhere between challenging and perilous. For expats who do intend on driving their own vehicles, car insurance is a must. In the case of hiring a car in Greece, it is important to check what kind of insurance is on offer, as the costs of hiring a vehicle may be more than an expat's budgets.

The alternative is public transport. Most people who take public transport in Greece take a bus, or in Athens, the metro. Prices are reasonable but buses can be a slow way to travel.

Cost of education in Greece

Public education in Greece is conducted in Greek. In light of this, expats who are not staying for the long-term often send their children to a private English-speaking international school. However, local Greek schools can be ideal for expats intending to remain in the country for the long-term. Private schools in Greece cost more than public schools but some provide education in English. Prices differ between individual schools, and prices go up as children progress through their school careers.

Cost of living in Greece chart

Prices may vary depending on product and service provider. The list below shows average prices in Athens in May 2019.

►For more on navigating the Greek economy, have a look at Banking, Money and Taxes in Greece

Are you an expat living in Greece?

Expat Arrivals is looking for locals to contribute to this guide, and answer forum questions from others planning their move to Greece. Please contact us if you'd like to contribute. 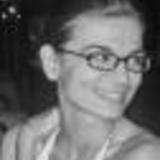 Zografia is a self-employed craftswoman living in Thessaloniki. A Greek native, she has experienced the effects of the Greek debt crisis first hand. She specialises in jewellery, home decoration, recycling objects and fashion.