Expats moving to Athens are bound to fall in love with this beautiful cultural capital of Europe. The city's architecture is marked by the imposing and beautiful Parthenon, which watches over Athens from the Acropolis. This ancient structure stands as a reminder of the past and places modern Athens in contrast with the empire of old.

Athens is the capital city of Greece, located in the middle of the Greek mainland between continental Greece to the north and the Peloponnese region to the south. A city with a rich history dating back thousands of years, Athens is considered one of the most important cities in the foundation of Western civilisation.

The city centre in Athens is vibrant and busy and is where most businesses and government organisations are based – there is a good chance that expats moving to Athens will end up working in this area of the city.

One of the advantages of living in Athens is that there is always a vast array of things to see and do. Athens is home to both ancient and modern attractions, offering a variety of sightseeing options and weekend getaways within easy reach. Athens also has myriad shopping opportunities, ranging from flea markets to luxurious boutiques, which are bound to satisfy shoppers of all ilks.

Those looking to make a trip further afield are easily able to do so as Athens is ideally situated for moving around the rest of Greece – from here, most other places in Greece can be accessed by train, plane, boat or bus.

For expats moving to Athens with children, in addition to the standard Greek public schooling, there is a wide range of private schools in various languages which are spread out across Athens. Moreover, expats who choose to move to Athens will find themselves in a lively urban environment where residents are extremely proud of the place in which they live.

The city offers a good balance between urban and suburban life, and, in the space of an hour's drive, expats can find themselves surrounded by a completely new environment. Athens is a splendid destination for expats looking for a busy, diverse and ever-expanding place to call home.

"I like the fact that Athens is a vibrant, alive city, with something going on at all times of day and night. There are many things to do, even on a small budget." Read Eleni's interview about her expat experience in Athens.

"I love the lifestyle. It is very laid back and the weather is great. Athens is a great hopping point to amazing destinations like the Greek islands and other places in Europe." Learn more about Marissa's expat experience in Athens.

Are you an expat living in Athens?

Expat Arrivals is looking for locals to contribute to this guide, and answer forum questions from others planning their move to Athens. Please contact us if you'd like to contribute. 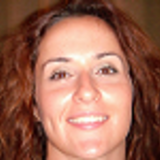 Eleni is a Canadian expat who, as a child, spent summers visiting family in Greece. After completing her Master's degree in England, she moved to Athens where she met her husband and started a family. Now, she is a managing partner at XpatAthens.com, a group of online businesses offering services to the city's growing expatriate community.