The lifestyle in Athens is undoubtedly one of the city's major perks. The city is a great springboard for travel throughout the country. During the warmer months, the Greek islands are popular for getaways, while the picturesque coastal towns and villages of the Peloponnese region are just an hour or two away. In the summer, the Athens Riviera along the city’s southern coast is packed with beach lovers who don’t have to travel far to enjoy a day in the sun.

There are numerous opportunities for entertainment and shopping in Athens too – the city has flea markets, modern malls, boutique stores, and a vibrant nightlife scene.

For expats who love to shop, there are plenty of malls in the centre of Athens, as well as some gorgeous boutiques in the Kolonaki area. For those who prefer large malls and outdoor shopping centres, there is Mall Athens, Golden Hall and Avenue Mall, all within minutes of each other in Marousi. Also, Athens' massive flea market in Monastiraki is always worth a visit.

Known as the ‘new heart of Athens’, this picturesque square in Monastiraki used to be a flower and textile market. Today it’s packed on the weekends thanks to a resurgence of trendy bars, cafés and restaurants.

Squeezed between Monastiraki and Omonia, Psirri attracts quite a crowd at night. The area hosts an array of venues offering Greek food, live music and local spirits like ouzo and rakomelo.

Until the opening of its metro station, Gazi was a worn-down immigrant quarter characterised by the steely remnants of a defunct gasworks factory. Artistic minds then took over and forged a creative space that highlights the area’s industrial history. Gazi is now lined with restaurants, bars and clubs and in the thick of summer it’s difficult to walk around without bumping into anyone.

One of the capital’s most upscale neighbourhoods, Kolonaki has its share of authentic tavernas, trendy bars, chic clubs, gourmet restaurants and atmospheric outdoor cafés. The cocktail bars on Skoufa are particularly popular with the after-work crowd.

One of the most expensive suburbs in Athens, Kifissia has a distinct nightlife. The posh neighbourhood is dotted with upscale restaurants that are packed with a sophisticated crowd when the weekend comes around.

The southern suburbs of Athens are just steps away from the sea, which is why summer is the best time to hit the area’s glamorous open-air clubs. Glyfada, a large, upmarket neighbourhood has numerous bars and restaurants that come alive on weekends.

Sports and outdoor activities in Athens

The history of sports in Greece dates back to ancient times, and fans can still attend international events at one of the five major venues in the Athens Olympic Sport Complex. Among these is the Panathenaic Stadium (Kallimarmaro), which is where the first modern Olympic Games were held in 1896.

Aside from this, riding clubs, football fields and basketball courts can be found throughout Athens. Mountain bikers, hikers and trail runners take to Mount Immitos to get lost in the lush and scenic trails on the east side of the city. Watersports facilities line the southern suburbs of Athens where the beaches are awash with people during the warmer months.

►For more entertainment ideas, read See and Do in Athens

"I love that there is always something to do in Athens. Whether you want to spend time at the sea, go for coffee, go shopping, movies, theatre, and the nightlife is unbeatable!" Read Bree's interview about expat life in Greece.

"The great thing about Athens is that you need to discover the cool places. They aren’t readily advertised. You’ll discover restaurants, bars, clubs and hidden cafés as a local." Learn more about Marissa's expat experience in Greece.

Are you an expat living in Athens?

Expat Arrivals is looking for locals to contribute to this guide, and answer forum questions from others planning their move to Athens. Please contact us if you'd like to contribute. 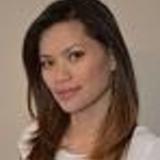 Native New Yorker Marissa Tejada is an author, travel writer and journalist based in Athens, Greece. Living the expat life in Europe inspired her to write her first novel Chasing Athens which was published in 2014. She also blogs for her own travel photography blog my Greece, my travels. When she's not working on her next book, she loves learning languages, sipping mochaccinos and exploring new places. Connect with her on all sorts of social media via her website www.chasingathens.com.