Of course, every city has its downsides – Shanghai’s natural green spaces are perhaps smaller than in other cities and it lacks the easy weekend getaways of many other Asian powerhouses. As dynamic and exciting as Shanghai can be, the pace and density of the crowds can become exhausting.

While the city does have a few museums and renowned artists do occasionally come to Shanghai, for a city this influential, there could be more cultural attractions on offer.

Overall, Shanghai is a very pleasant place to live for expats and there is so much to see and do. Welcoming locals, foreign supermarkets, international restaurants, and English or French bookstores all work together to make life easy.

Shanghai boasts a wide variety of international brands that will be familiar to many expats. Most of the West’s biggest brands are represented in the city, although prices for goods such as clothing are known to be higher than in cities such as London and New York.

The city is also home to many exciting designers, both local and from abroad, with an increasing number of independent boutiques in areas such as the former French Concession area (in Xuhui District) offering a great alternative to chain store retailers.

Shopping in Shanghai has become a tourist attraction in its own right. Entire streets have become sites for shopping pilgrimages from all over the world, with Nanjing Street especially enjoying a reputation for being the best commercial street in the country.

Expats will also have access to discount goods and bargains at stores and markets across the city. North Shanxi Road, for instance, is especially known for its footwear retailers and shoppers are almost guaranteed to find a good deal.

The strength of Shanghai’s nightlife lies in its variety. Expats can choose anything from hole-in-the-wall Chinese restaurants and dive bars to Michelin-starred dining spots and upscale clubs on the Bund area.

Running along the western shore of the Huangpu River, the Bund is a waterfront area and one of the most popular tourist destinations in Shanghai. The area’s most prominent venues are sure to make for many memorable nights out.

Eating out in Shanghai

There is no shortage of people who love to eat out in Shanghai, and no shortage of cuisine that boasts a variety of cultural beginnings. From street vendors to upscale dining, the city offers everything from authentic Shanghai foods to full course meals prepared by European chefs.

Shanghai's cuisine consists of a variety of xiaolongbao (steamed soup dumplings) filled with meats, vegetables or crab roe, and a rich soup that develops as it cooks. Shengjianbao is a pan-fried meat-filled bun that is also extremely popular. Along with tofu, wonton soup and so many other delicious treats, expats can find these common street foods almost anywhere, and definitely along the bustling Nanjing Pedestrian Street.

Many popular upscale restaurants are located along both sides of the river (the Bund in Puxi and Lujiazui in Pudong), where there is a gorgeous view of the skyline at night. Others are hidden gems, tucked away on quiet streets like Taikanglu (Tianzifang) and in the French Concession, between little boutiques. Fancier establishments will often automatically add tips to the bill. However, do remember to reserve seats in advance, especially for dinner on a weekend.

Sports and outdoor activities in Shanghai

While Shanghai lacks the number of green spaces on offer in other cities, it does have a few attractions of its own. There are a handful of forest parks in the city where residents can surround themselves with natural beauty, go for a run, fly a kite or enjoy a family picnic. Prominent among these is Gongqing National Forest Park to the northeast of the city centre, which offers a variety of entertainment options in a scenic atmosphere.

The city also offers a variety of sports facilities, including football (soccer), American football, yoga and tennis, as well as more local activities and cultural events, such as dragon boat racing and martial arts classes.

►For information on transport, see Getting Around in Shanghai

"There are an abundance of opportunities for Westerners here. Everyone is so welcoming. For a huge city, the community feels tight-knit and you feel extremely at home. The quality of life is great – there are so many interesting, fun things to do and see here and I am constantly soaking up the excitement." For more on Shanghai's quality of life, read this interview with Georgia.

"Go out and explore! That’s going to be how you’ll get to know Shanghai and how you’ll begin to find aspects of the city you love. Also, many of the little treasures Shanghai has to offer might only be found when you really look for them." Expat Jordan shares thoughts on city life in this interview.

Are you an expat living in Shanghai?

Expat Arrivals is looking for locals to contribute to this guide, and answer forum questions from others planning their move to Shanghai. Please contact us if you'd like to contribute. 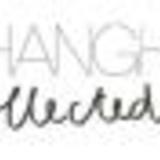 Shanghai Collected is a blog run by a French expat who, after more than four years in Guangzhou, reluctantly relocated to Shanghai two years ago. She has since then changed her mind about the city and has enjoyed it ever since!