Education and Schools in Munich

Most expat children attend international schools in Munich and, while they're exposed to different cultures, receive an education in their home language. Alternatively, expats could send their children to a public or private school in Munich.

Public and private schools in Munich

Tuition for private and public schools is usually affordable or free from kindergarten up to university level, but the language of instruction is German. This can be highly beneficial for younger students, but it's often difficult for older students to adapt to.

Children usually attend kindergarten at the age of three, and start Grade 1 at Grundschule from age six. All pupils learn a standardised curriculum until Grade 4, after which they attend one of three types of schools: Hauptschule, Realschule or Gymnasium. The child's academic ability usually determines which school they attend, but the final decision rests with the parents.

Regardless of which kind of school they attend, all students have to complete at least nine years of education. Schooling is usually conducted during the morning, and they often receive a lot of homework, so they can't get too involved in extra-curricular activities.

International schools in Munich are more directly aimed at expat students and offer modern facilities and more extra-curricular activities than most public and private German schools. The majority of the international schools in Munich offer the International Baccalaureate curriculum, while others offer curricula from specific countries, such as the United Kingdom and the USA. But these benefits come at a price, and fees can be high, particularly for senior grades. Space may be limited at these schools so expat parents planning a move to Munich need to apply as early as possible.

► International Schools in Munich is essential reading for expat parents 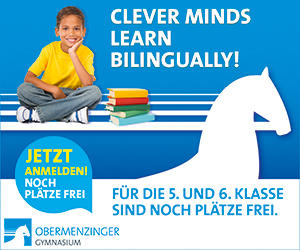