The expat lifestyle in Florence bursts with the same fascinating combination of antiquity and innovation that makes up the soul of the city. A once-provincial town with its roots firmly planted in history is now a bustling international destination with plenty to occupy the eyes and the minds of those who move there.

Florence is a shopping haven for locals and tourists alike with stores and boutiques that cater to a variety of tastes and budgets. Those looking for haute couture should head to the shopping streets of Via Tornabuoni, Via Roma or Via della Spada, all house well-known fashion designers and luxury goods.

Rinascente and Coin are two of the most popular department stores found in the heart of Florence. Expats wanting to do all their shopping under one roof should head to I Gigli, a mall just outside of town. Those looking to get away from the crowds will find lots of traditional artisans working in botteghe (workshops) where they create clothing, jewellery, accessories and art.

For groceries, expats will find typical outlets from big Italian supermarkets in Florence, and they can head to local markets such as Mercato Centrale and Mercato di Sant’Ambrogio for fresh seasonal produce. Many ethnic markets have also popped up around town for expats looking for something more exotic.

With an incredibly rich cultural history, Florence is home to several well-known museums, including the Bargello Museum, Museo dell’Opera del Duomo and Museo di San Marco. There are also plenty of churches, monuments and piazzas, as well as modern art galleries such as Galleria dell’Accademia and the Uffizi Gallery.

The city has a rich cultural life along with a continual string of similarly inspired events happening in and around town and expats will find plenty to see and do in the form of theatres, cafés, bookshops and cinemas.

Eating out in Florence

Florence is also home to some of the best Italian food, so expats should be sure to sample at least a few Tuscan delicacies and to adapt to the role of food in Florence. For Florentines, socialising is centred on food. The morning starts with a coffee at the local espresso bar, where people discuss the weather, sports, current events and everything in between. Early in the evening, locals return to trendy cafés and bars for an aperitivo. While Tuscan-style cooking is naturally popular with the locals, there are many other cuisines on offer, such as Japanese, Spanish, Brazilian, Chinese, Indian and Thai.

Sports and outdoor activities in Florence

Expats will find that keeping fit is a priority for many residents, and lots of runners and cyclists take to the paths of Florence's parks. Football is the city’s favourite sport and expats can both watch and become members of one of Florence's amateur football clubs. Those that prefer to do exercise indoors will find that there are several gyms, yoga studios and indoor swimming pools across Florence.

There’s plenty in Florence to keep children entertained all year round. The Oltrarno district, for example, is home to some great family-friendly sites. Among these are the Boboli Gardens at Palazzo Pitti, which boasts lots of open spaces for children to explore while their folks enjoy a picnic in a picturesque setting.

Kids can learn all about the city’s fascinating history through the insightful exhibits at Florence’s Children’s Museum at Palazzo Vecchio, while the Palazzo Strozzi Museum offers educational displays in English as well as Italian.

In a city known for its food, there are plenty of great ice cream spots, so be sure to treat the little ones to a gelato after a fun-filled day out.

►For information on finding a home, read Accommodation in Florence

►For an overview of life in the city, read Moving to Florence

"It is a treat to be able to walk out your front door and happen upon a street market, festival, musical performance and more..." Read Hope's expat interview to see what she has to say about lifestyle, culture and what there is to see and do in Florence.

Are you an expat living in Florence?

Expat Arrivals is looking for locals to contribute to this guide, and answer forum questions from others planning their move to Florence. Please contact us if you'd like to contribute. 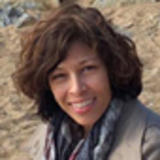 Originally from California, Melinda Gallo lived in France and England for many years before making her home in Florence, Italy. Upon her arrival to Florence, she began writing a blog dedicated to life in her "beloved city." Over the years, Florence has worked its magic by instilling her with joy and by inspiring her to write. She currently lives in Florence, Italy and Paris, France.