Pros and Cons of Moving to Oman

Oman is widely considered the friendliest Gulf state to live and work in for expats but, as with any destination, life in Oman has its ups and downs.

Expats should consider both the pros and cons of living in Oman before deciding if this is the place for them.

If arriving in Oman on a full expat package, accommodation is usually included in the employment contract. Some companies provide a cash allowance to spend on rent, let an expat choose a property and even liaise directly with the landlord to make the payment on the expat's behalf. Muscat is a relatively small city, so it's possible to drive from one side to the other in 40 minutes. This allows expats to seek cheaper accommodation beyond the city centre.

Although foreigners have recently been given the legal right to purchase property on certain developments in Oman, renting is often still the only option for accommodation. Rent is paid annually and not monthly, which isn't good news for expat tenants as they will have to come up with a sizeable sum of money to cover the rent for a whole year. If the company provides an expat with an annual accommodation allowance they will usually cover the cost upfront.

Oman has a noticeable expat population consisting of mainly British, American, Canadian, Australian, New Zealand and South African citizens. The type of lifestyle an expat can expect depends on where they live: Muscat is the most developed city, with shopping malls, restaurants, bars, sports clubs and entertainment venues. Because of the large expat population and numerous expat social clubs, it's easy to live a Western lifestyle. Smaller, more rural towns are not nearly as Westernised, but many still have large expat populations and social groups as well.

It’s easy to make friends in Muscat as there is a large expat population and a number of social clubs and organisations which expats can join to meet people. Oman caters for many different tastes and styles. For the younger generation, there are clubs, bars and malls to keep them entertained and for those who favour the outdoors, there is plenty of opportunity for camping in the desert, swimming on the beautiful beaches, hiking in the mountains and swimming in the unspoilt wadis.

The heat in Oman in the summer can be oppressive, particularly on the coast, where humidity reaches high levels. Muscat is not a particularly pedestrian-friendly city, and the only feasible way to travel is by car or public transport. Although rural towns have beautiful deserts and beaches on their doorstep, one's nightlife and entertainment options are somewhat limited there.

Oman is a very safe country with a low crime rate, so it's a particularly good environment to raise young children.

Reckless driving is common in Oman and there is a high accident rate on public roads.

Working and doing business in Oman

Although 'Omanisation' has closed off certain industry sectors to expat job seekers, it's still relatively easy to find a job in sectors like oil, medicine and education. Because Muscat is a small city, networking is easy and everyone seems to know everyone. Getting cosy with the corporate in-crowd will certainly have its benefits.

In order to work in Oman expats have to be sponsored by an employer, which can leave people feeling tied to their employers. If leaving the company, a work visa will be cancelled and one will have to go through the hassle of getting a new residence permit.

Although it's an up-and-coming city with a large expat population, Muscat is still an Arab city in a Muslim country. This affects every aspect of daily life, including how business is done. Final decisions often rest with Omanis in top positions, who may have a different cultural approach to business matters. It's therefore important to make a concerted effort to understand the culture and respect the customs of the Omanis when doing business.

If an expat wants to change jobs in Oman they need a release letter from their employer stating that they allowed an expat to seek employment with another company in the Sultanate. It's important to stay on the good side of one's employer as a person is generally not allowed to live in Oman if they are not employed. Expat workers must have sponsorship, and that sponsorship ends when employment does. Expats will be required to obtain an alternative visa immediately or they will be staying in the country illegally.

Although Oman has a large number of expats, it can still be quite a culture shock for first-time visitors to the Middle East, particularly if moving to a small, rural town. It can take some time to adjust to Omani culture and a bit of patience is required.

It's quite easy to make friends with other expats in Oman, as there are many expat social clubs to join. Expats are in abundance even in the rural areas, and one can easily get involved in group trips or outdoor pursuits. Muscat is not far from some of the smaller towns and cities and there are many Western shopping malls, bars and activities to engage in should one feel homesick.

Although Oman is one of the more liberal countries in the Gulf, it's still a Muslim country and one should respect and follow its customs and cultural practices.

Displaying affection in public is not illegal, but it is frowned upon. It's also not permitted to shake the hand of an Omani woman.

Westerners should attempt to dress appropriately. Men can wear shorts but they should extend to the knees. Similarly, women should make sure their knees and shoulders are covered.

Alcohol can only be obtained through the acquisition of an alcohol license which can be quite an arduous process.

Oman is a classist society, which can be difficult to get used to. Like other neighbouring Gulf countries, it has a large migrant workforce of Asians and Filipinos who generally do menial jobs like construction, housecleaning and working in factories and restaurants. It is not hard to find cheap manual labour in Oman such as someone to clean a house, carry bags in the supermarket or wash clothes.

Cost of living in Oman

Compared to the West, fuel and cars are quite cheap in Oman. In the long run, purchasing a vehicle can be much more economical than using public transportation. Because taxis and buses are the only feasible form of transportation, purchasing a car is a good idea if expats want to visit rural areas or go camping.

- CON: A Western lifestyle is expensive

The cost of living in Oman varies, depending on whether one is in the bigger cities or the smaller rural towns. As a rule, the cost of living is higher in Muscat than neighbouring regions, but salaries are adjusted to account for this. Eating Asian and Omani food can be extremely cheap, whereas eating Western food can often be extremely expensive, as is drinking alcohol. Western clothing brands, electronic goods and furniture can often be expensive as well.

Education and schools in Oman

While Oman has a number of international schools catering for expat children, government schools are for Omani children only. This means that expats will have to pay to put their child in a private school. While expat parents hunt for a school with good facilities and extra-curricular activities, it's wise to look out for a curriculum that coincides with future plans should relocation be the plan.

The standard of education in Oman is generally quite high, and schools tend to have excellent facilities with many extra-curricular activities. International schools will often employ teachers trained in, and who have teaching experience from, the country relevant to the curriculum. If one has a child of nursery age there are a number of nursery schools to choose from. All schools vary widely in their facilities and fees, so it's easy enough to find something to suit one's needs.

The fees at some of the private schools can be expensive. It's a good idea to check out a range of schools before making a decision about where to send a child.

The general standard of healthcare in Oman is high, both in the public and the private sectors. Like in most countries private healthcare is seen as preferable (with an English-speaking staff, better facilities and shorter waiting lists). This is good news for expats, who aren't allowed to use public healthcare facilities unless it is a genuine emergency.

Private medical care is costly and expats are encouraged to take out medical insurance. The ambulance service in Oman is still relatively new, so the fleet of trained staff and vehicles is small. Response times are unpublished so it's difficult to say how reliable the service actually is. As a result, it's often wise to take the risk of transporting an injured person to the hospital.

►Learn more about life in the Sultanate in Lifestyle in Oman

Are you an expat living in Oman?

Expat Arrivals is looking for locals to contribute to this guide, and answer forum questions from others planning their move to Oman. Please contact us if you'd like to contribute. 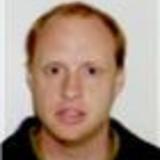 Thomas Boughey was born in Sana'a, Yemen and raised in the Middle-East and South Africa. Having completed his tertiary education in Grahamstown, South Africa Thomas has recently taken up a teaching post at the University of A'Sharqiya in Ibra in Oman.