Kids and Family in Abu Dhabi

Expats moving to Abu Dhabi with kids will find themselves one of the many foreign families that have come to settle in this former desert outpost.

Whereas Dubai has the reputation of being a tourist magnet, teeming with single young visitors who love shopping and clubbing, Abu Dhabi is where those youngsters are likely to move to when they finally settle down.

Friday brunch is the most popular pastime among expat families, and a number of five-star hotels serve up sumptuous fare while providing on-site entertainment for the little ones.

There are parks aplenty in Abu Dhabi, although they aren’t evenly spread out; Khalidiya has three parks, while Al Wahda doesn’t have any. Expats should familiarise themselves with park hours and park rules; one of the parks in Khalidiya and Al Mushrif Park are for women and children only, and some parks do not officially open until late afternoon.

Evening picnics are a great way to enjoy the outdoors without the sunburn, and offer a good opportunity to meet the locals who favour these areas during dusk.

Ball games, barbeques, and horse and carriage rides can be enjoyed in Khalidiya Park, and Sheikh Khalifa Park boasts an open-air cinema, funfair rides in the spring as well as a train, aquarium, heritage ride and museum all year round.

In the summer, the extreme heat limits entertainment options to indoor play areas in shopping malls, St Andrews Playgroup and television. Yas Waterworld is another great option to beat the heat and offers something for the whole family with water slides, static surfing waves, shops and restaurants.

Most expats go home for the months of July and August.

The main lifeline for parents in the emirate is Abu Dhabi Mums, a parent's network that offers information on playgroups, membership discounts and opportunities to partake in pool swim meets, join in horseback riding and to borrow toys and books from library collections. They also organise social events for parents to enjoy a night out.

Other playgroups are held at St Andrews Church on Mondays, Wednesdays and Thursdays. For a small fee, children can enjoy the toys, and snack and drink while parents mingle. Or, on Tuesday and Sunday mornings, there is a ‘Messy Monkeys’ arts and crafts group for ages two plus.

Expat parents should keep in mind that most of these groups are run by volunteers, so chipping in with bits of one's own time and money is greatly appreciated.

Challenges for parents in Abu Dhabi

Playgrounds are a regular point of frustration and seem unlikely to have been designed by parents; there are often no toddler swings, and rarely shade or benches for parents to rest on.

Some parts of the city, especially on the outskirts, resemble building sites more than communities; and steering a stroller or pram over cracked, uneven and steep pavements can make any mother's blood boil. Furthermore, driving is hazardous and the Islamic call to prayer can be inconvenient for parents with young children who are easily woken at night or during naps.

Expat parents may also find it especially strange that random passers-by are interested in photographing their kids. There is no need to be concerned by the request, but how one responds is a personal choice.

►For expats with little ones, see Nurseries and Kindergartens in Abu Dhabi

Are you an expat living in Abu Dhabi?

Expat Arrivals is looking for locals to contribute to this guide, and answer forum questions from others planning their move to Abu Dhabi. Please contact us if you'd like to contribute. 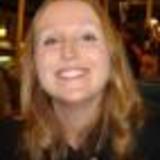 JessicaHill
Jess Hill moved to Abu Dhabi from Britain in January 2011, with her husband and her two little girls.