Keeping in Touch in Abu Dhabi

Internet connectivity is generally reliable and expats will find that keeping in touch in Abu Dhabi is quite easy, although relatively expensive compared to what some expats may be used to. Internet, telephone, mobile phone and post are available and service standards are quite good.

Two companies hold the monopoly over both telephone and internet services in the UAE, namely Etisalat (the national telecommunications company) and its primary rival on the market, Du.

Landlines are not widely used in the UAE, with mobile phones being dominant when it comes to keeping in touch.

A request for a landline installation is usually done by the building owner – which will be an Emirati national or a company – and any apartment or house generally has one when it is rented out. Otherwise, landlines and internet can be installed as fast as the next day after requesting them.

Long-distance calls from a landline can be expensive. Calls between landlines within the UAE are relatively cheap, and, depending on the package, can be free on a post-paid landline. Payments can be done via the Etisalat website or through online banking, as all banks in Abu Dhabi offer bills payment methods on their sites.

Mobile phones are the most common method of communication in the UAE. As both Etisalat and Du offer similar services, the only comprehensive difference is in coverage by their respective networks. Expats are able to apply for mobile phone contracts, but 'pay as you go' services are most common.

Mobile phone coverage in the UAE is extremely good, both nationally and internationally, and Etisalat and Du both offer a variety of plans and services.

Internet connectivity in Abu Dhabi can be rather expensive compared to many other developed countries.

Etisalat and Du offer a broad spectrum of internet options, with the UAE now having one of the highest rates of fibre-to-the-home connectivity in the world.

Censorship is still common in Abu Dhabi, with numerous websites blocked in the emirate. Any material deemed to be offensive or inconsistent with the religious, political or moral values of the UAE is blocked. Pornographic, gambling and dating sites are also blocked. However, most of the main social networking sites, including Facebook, LinkedIn and Twitter, are accessible.

Most other applications for messaging and video, including WhatsApp and FaceTime, are widely used and the best method to keep in touch with loved ones from Abu Dhabi. However, these services are sometimes subject to restrictions or blocked.

Shipping packages or sending letters overseas is also easy. However, there is no home mail delivery; expats have to pick their mail up from the post office. Couriers are used for most home deliveries, such as credit cards. Utility bills are usually not mailed; they are available online.

Access to English-language television channels is quite good, including the Dubai-based Dubai One, as well as FOX and the BBC.

►Learn more about managing your finances in Banking, Money and Taxes in the UAE

►For a breakdown of what you can expect to pay for your basic goods and services see Cost of Living in Abu Dhabi.

Are you an expat living in Abu Dhabi?

Expat Arrivals is looking for locals to contribute to this guide, and answer forum questions from others planning their move to Abu Dhabi. Please contact us if you'd like to contribute. 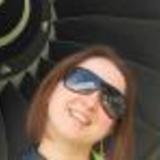 MalikaManai
I enjoy writing short stories and flash fiction, and have always dreamed of a house by the sea with a dragon coiled in front. Around 30, never grew up, and hope never will. I'm married, no kids, been in Abu Dhabi for six years, originally from Romania. I'm working as a Purser for a very well known airline from Abu Dhabi.