Pros and cons of moving to Toronto

Often ranked as one of the best places to live in the world, Toronto is home to a thriving economy, vast green spaces, and a vibrancy that can only be born from a multicultural society. Newcomers will soon realise that the city is fast paced but can expect many opportunities to pause and revel in its world-class cultural and culinary delights.

Our list of pros and cons offers a snapshot of what expats can expect in Toronto.

The Greater Toronto Area has a wide variety of neighbourhoods, all of which are distinctive in style, character and architecture. Newcomers stand a good chance of finding the right fit for their taste and budget.

Toronto has some of the most expensive rental costs in Canada, and there are a few reasons for this. For one, the city has attracted many foreign investors who can afford to pay top dollar for accommodation, which drives up housing costs. The addition of condos in many neighbourhoods has further affected rental prices. As the real-estate market places a higher value on condos, their presence drives up rent in previously affordable neighbourhoods.

Toronto is Canada’s financial capital and is a great place to further a business career. Indeed, the city’s financial sector employs more than 200,000 people. Some of the world’s biggest tech, pharmaceutical and international research companies have offices in Toronto, and the startup scene is robust and boasts constant job creation.

Getting around in Toronto

Toronto struggles with traffic congestion, as do most big cities, making driving a hassle. The city’s public transport is efficient, and the buses and subway system are great alternatives to driving.

The city’s school and education system are of a high standard. Residents and those who have work permits can enrol their kids in public schools free of charge.

+ PRO: A range of fun activities

Parents can entertain children at various attractions, including farms, amusement parks and kid-friendly museums. There isn’t a shortage of things to do with the little ones.

- CON: The OHIP only covers residents

Expats who don’t have residence permits will have to rely on private health insurance rather than the tax-funded OHIP.

Cost of living in Toronto

- CON: The city is expensive

Rent isn’t the only expense driving up Toronto’s eye-watering cost of living. Drinks, food and utilities in Toronto are pricier than in other Canadian cities.

Toronto is easily among the best culinary cities in North America. Gastros who relocate here can explore the world through their palates, thanks to Toronto’s multiculturalism. Options include heavenly dim sum in Chinatown, authentic pasta in Little Italy, tasty curry in Little India and Mediterranean-style dishes in Greektown.

The city is also a wonderland for art lovers, who can sate their appetites for beauty, meaning and sophistication with an enviable list of attractions. Theatre, live music, comedy shows and poetry readings will vie with exciting museums and galleries for their attention.

Though some degree of crime is inevitable in every city, Toronto suffers relatively little of it. In fact, it often ranks among the safest big cities in North America and the world.

Toronto’s climate is slightly milder than those of other Canadian cities, though winter temperatures can still get extremely chilly. Summers, on the other hand, can be hot and humid, with temperatures reaching highs of 95°F (35°C).

"I enjoy how convenient everything is here; big grocery stores are open 24/7, drive-thru ATMs, and government services don’t have long queues, just to name a few things. Being from Cape Town, it’s not really fair to compare the quality of life I had back home to Toronto. Cape Town has great weather year-round, more outdoor activities and the cost of living is gentler than in Toronto (I’m obviously very patriotic)." 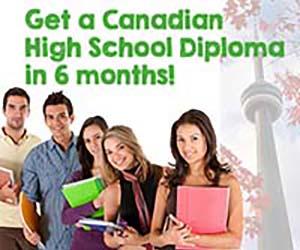