Vancouver is considered one of the best places to live in the world, and for good reason. It is a city where the ocean meets the mountains, offering natural beauty, a mild climate and an amazing array of outdoor activities. This all makes for a wonderful expat lifestyle in Vancouver.

Vancouver is very ethnically diverse, making for a vibrant multicultural lifestyle that encompasses many different types of foods, fashions and traditions. Immigrant groups tend to live together in particular areas and suburbs. So there are areas where mostly South Asians live, like South Vancouver and areas of Delta and Surrey, while over 50 percent of the population of Richmond is of Chinese descent. However, this is changing. Neighbourhoods are becoming more ethnically diverse, as newcomers are spreading out more. With a thriving expat community in Vancouver, there are many different organisations and community groups catering for foreigners in the city. Many of these groups specialise in helping expats in Vancouver find their way in their new home.

Shopping in Vancouver is characterised by a diverse range of quality products which cater to all of an expat's needs. Shopping malls can be found across Vancouver, with popular ones including Pacific Centre in downtown Vancouver, Metropolis at Metrotown in Burnaby and Richmond Centre Mall.

Downtown is also full of famous and popular chain stores. Expats looking for independent shops will find these in either the pricey establishments of Yaletown or Kitsilano’s West 4th Avenue. Alternatively, Commercial Drive in East Vancouver is home to counter-culture shopping.

Quality restaurants in Vancouver and inexpensive dining options are plentiful. Due to the ethnic diversity, expats will find every possible combination of cuisines. Chain restaurants are very popular among locals in Vancouver, with Cactus Club, Earl’s Kitchen and Milestones being the most prevalent.

These places are moderately priced, have great atmosphere and service, but generally serve average food. They are consistent and predictable, but expats may find much better food for their dollar at the numerous independent restaurants across the city. Sushi restaurants are also prominent across Vancouver, often proving more popular than chain restaurants and normally presenting better deals.

The West End, along Davie and Denman Streets, is where expats will find good-value food in the area. Outside of downtown, the Commercial Drive, in East Van, also offers some really good deals. Other popular dining areas with a mixture of price points include Main Street (around Broadway) and Kitsilano’s West 4th Ave.

Nightlife in Vancouver is an area that many expats may consider a weakness of the city. Often referred to as the ‘no fun city’, Vancouver has long had the reputation of shutting down at night. Archaic liquor laws, noise bylaws and a history of riots after major sporting events have kept Vancouver behind other major cities in terms of nightlife.

However, things are changing. The local music scene has taken off in recent years and excellent venues attract musical superstars from around the globe. Old liquor laws are being rewritten and noise bylaws are being relaxed to allow more outdoor patios to open.

Nightclubs are concentrated in downtown, on Granville Street, while bars can be found around town and along West Broadway. Outside of these two areas, it is unusual to find a true nightclub or bar. Most drinking spots are more like casual restaurants where locals go for dinner and a drink.

►For an overview of annual events see What's On in Vancouver

Are you an expat living in Vancouver?

Expat Arrivals is looking for locals to contribute to this guide, and answer forum questions from others planning their move to Vancouver. Please contact us if you'd like to contribute. 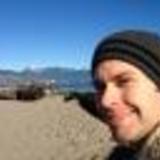 Trevor manages Vancouver Inside Out, a website designed for helping newcomers discover the best of Vancouver. He travelled throughout Europe and Australia for most of his early twenties; most notably spending long periods of time studying, working or generally bumming around in The Netherlands, England and Australia. He eventually settled close to home in Vancouver (for now at least), where he lives with his wife and cat.