Expats will find that accommodation options in Melbourne vary in size and standard, but are becoming increasingly scarce across the board. Over the years, the city has experienced an influx of migrants making competition for property high and vacancy rates low.

Most foreigners moving to the metropolis opt to rent accommodation, a common and practical decision due to the high costs attached to buying property in Australia. Rental property in Melbourne also tends to be more affordable than other state capitals in Australia, such as Sydney and Perth.

Types of accommodation in Melbourne

Many expats moving to Melbourne find themselves living in apartments due to the relatively large supply available in the city. Houses are more suitable for families, but the more affordable rental houses tend to be in locations further out from the central business district.

Expats should bear in mind that many rental houses are built in an older style that is less equipped for extreme temperatures. Particularly during winter, when it can get quite cold, expats should have a portable heater on hand to keep warm, and a fan to keep cool during the summer months is also a good idea.

After choosing which type of accommodation is most acceptable, expats will need to select which suburb they would like to live in. There are plenty of appealing areas in Melbourne, and before settling on a single suburb it is necessary to consider the proximity to Melbourne’s city centre, the public transport available and the accessibility of services and amenities such as supermarkets, doctors and restaurants.

There are a number of ways to search for accommodation in Melbourne. One popular method is the use of real estate agents, who tend to have good knowledge of the city and often have access to properties before they are publicly advertised. However, expats should note that estate agents often charge a fee of around 10 to 20 percent of the rental cost.

For those who decide to go it alone, local newspapers are a good source, as are real estate websites and online property portals.

Rent for accommodation in Melbourne is typically payable at the end of each month to the real estate agent or landlord. Utility bills are usually not included in the rental price and are the responsibility of the tenant to pay.

Leases for rental property in Melbourne are usually for a one-year period and require a month’s rent as a deposit. The deposit is refundable and is usually returned at the end of the tenancy provided there are no damages to the property. Otherwise, cleaning or repair costs will be taken out of the deposit before the balance is refunded.

When searching for accommodation, expats should be sure to consider the added cost of utilities in Melbourne. Australian housing, including that in Victoria, is generally quite energy inefficient, and there is often an increased need for electricity, gas and water.

The quaint wooden houses found in Melbourne’s older suburbs are some of the worst offenders. Modern houses are not much better; many of them are lit only by heat-generating halogen ceiling lights.

Furthermore, Australian builders continue to use single-glazed windows which don't offer the same standard of insulation as the double- and triple-glazed varieties found in Europe.

Now that Australia has deregulated the utility industry there are more service providers for expats to choose from, but the added competition has not seemed to benefit the consumer in terms of cost or service quality.

►Unsure about where to live in the city? See Areas and Suburbs in Melbourne for some guidance.

Are you an expat living in Melbourne?

Expat Arrivals is looking for locals to contribute to this guide, and answer forum questions from others planning their move to Melbourne. Please contact us if you'd like to contribute. 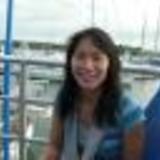 Melbourne Fresh Start is a low-cost service set up by a local to help new arrivals moving to Melbourne. Email Beckie at melbournefreshstart@gmail.com for more information!