Cost of Living in Melbourne

Melbourne is the second most expensive city in Australia after Sydney. However, for expats who need to stick to a budget and a low cost of living, there are plenty of opportunities to save money in the city, particularly when it comes to life’s 'non-essentials'.

Melbourne is ranked as the world's 79th most expensive city out of the 209 cities surveyed for Mercer's 2019 Cost of Living Survey. Though ranked below Sydney, it's more expensive than Perth, Adelaide, Brisbane and Canberra.

Cost of accommodation in Melbourne

The biggest outlay for expats in Melbourne will be the cost of accommodation. Rental prices near the city centre can be particularly high. As with most cities, the further outside of the city one is, the more money one can save – but there are nonetheless some hotspots with high prices even an hour or more outside of Melbourne's main centre of activity.

Cost of public transport in Melbourne

To get around, most people in Melbourne find public transport to be the cheapest and most convenient option. To avoid traffic jams, high parking fees and fluctuating fuel prices, it’s not uncommon for city-dwelling expats to avoid owning a car altogether.

Cost of food in Melbourne

While it's home to a plethora of fine dining restaurants, Melbourne also has an assortment of great places to eat out without breaking the bank. In the city centre and the suburbs, diners will find restaurants where they can eat fantastic food for little more than the cost of a fast-food meal. Locals are very proud of the city's 'cheap eats' and will probably be very happy to provide recommendations.

Grocery prices in Melbourne are largely in line with Australia’s average pricing. For expats who want great fresh produce, a lively atmosphere and lower prices, visiting the markets will be the best option. Fresh food markets can be found in the city centre and suburbs all around Melbourne, and it's usually well worth taking the time to explore these bustling food centres.

Cost of living in Melbourne chart

Prices may vary depending on product and service provider. The list below shows average prices for February 2020.

►For a general overview of the city, see Moving to Melbourne

Are you an expat living in Melbourne?

Expat Arrivals is looking for locals to contribute to this guide, and answer forum questions from others planning their move to Melbourne. Please contact us if you'd like to contribute. 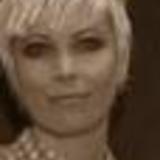 Ren Atkins is a freelance copywriter who specialises in helping small businesses and start-ups find their marketing voice and get heard. Originally from Sydney, Ren is now a devoted Melbourne-dweller who appreciates the city’s love affair with coffee, food and all things cultural and creative.