Keeping in Touch in India

Expats shouldn't have much trouble keeping in touch with family and friends while they're in India, especially if they live in cities like Delhi, Mumbai and Bengaluru. Internet, telephone, mobile phone and postal services are available and service standards are generally good.

Internet speeds in India generally lag behind other large economies. Nevertheless, broadband usage is steadily growing and even though a relatively small percentage of the population has access to high speeds and fixed lines, this still translates to millions of people. Internet connectivity is unlikely to be a major concern for new arrivals in India.

There are numerous companies and services to choose from, expats shouldn't have too much of a problem finding an internet service provider and Fibre setup that suits them. Costs vary between companies and depend on the package, but they generally increase with download speeds and the amount of data being used, though uncapped packages are available.

When out and about in big cities, expats will frequently come across free WiFi hotspots. However, internet speeds can be slow. Another option is internet cafes, of which there are many to choose from.

There are multiple fixed-line providers in India, including the state-run BSNL and MTNL as well as various private companies that also offer mobile phone and internet services.

To get a landline installed, expats will need to fill out an application form and submit certain documents, usually including proof of identification and residence. Once that's done, the line will be activated in a few days.

Owing to its size, India is divided into various telecom zones that are often called 'circles'. These usually correspond with the different states, but not always. Each circle has its own dialling code and inter-circle calls might carry extra charges.

Mobile telephones are the most common form of communication in India, offering affordable packages and coverage in remote areas of the country.

The largest operators in India include Airtel, Vodafone Idea, Reliance Jio and BSNL. While Jio seems to dominate in terms of 4G availability across the country, Airtel and Vodafone Idea tend to offer faster internet speeds using mobile data.

Overall, India offers one of the world's lowest rates for mobile data, and expats will be happy that internet costs will not heavily burden their cost of living. Payment plans for cell phones can either be pre-paid or post-paid, but navigating the different available packages can be challenging. If at all unsure, locals can often give good recommendations.

India Post is the national postal service and is generally reliable. Regular post usually takes two to three days between major cities or neighbouring states, and up to a week to the rest of the country. At higher prices, expats can send registered post and speed post at their local post office, and India Post has recently begun delivering medication too.

Though many people rely on India Post, expats may prefer the reputation of private courier companies. These guarantee secure arrival of post and offer competitive rates, with same-day delivery in metros and next-day delivery to most towns.

Indian newspapers are printed in all of its major languages, including English. The Times of India is published nationally and available online. The Hindu is popular in the south, while Hindustan Times has a large readership in the north, and some foreign newspapers are available in Indian cities.

Though large newspapers are published in print in India, articles are easily available online through their websites, making the internet one of the best ways to receive up to date information in India.

►See Banking, Money and Taxes in India for info on finances in the country

Are you an expat living in India?

Expat Arrivals is looking for locals to contribute to this guide, and answer forum questions from others planning their move to India. Please contact us if you'd like to contribute. 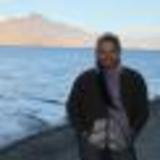 Originally from Mangalore, India - Karishma Pais (Kim) has an MBA in HR from XLRI, Jamshedpur - India. She has been an expat in the USA, Egypt and Dubai. She has worked with clients in Europe and South East Asia too. She counsels relocating families, trains on Intercultural Adaptation and teaches Organisational Behaviour among other endeavours. She is also an avid cook and blogs about food. Find her on LinkedIn if you'd like to connect!