Despite the familiar feeling of France and its iconic capital city, expats are still likely to experience some culture shock in France. Making a home in France comes with the challenges of learning the language and assimilating into a culture steeped in unique social conventions.

French is the official language of France, but expats living in the South of France may encounter some regional dialects that sound surprisingly different to what is spoken in Paris and Lyon. In many areas of France, locals are likely to speak some level of English.

This fact should not detract from visitors’ or expats’ attempts to initiate a conversation or request in French with a "bonjour" ("good day") or "parlez-vous Anglais?" ("Do you speak English?").

Various language schools offer French classes  to foreign-language speakers. They all cater to various levels of proficiency and need. Even for the more fluent speaker, there are conversation classes that offer an opportunity to speak to French speakers who are learning English.

Etiquette is extremely important to people in France and it is not unusual to see people being subtly disregarded by salespeople, waiters or others in the service industry for not minding their manners. At any service counter, even if in a rush, the most observed form of etiquette is greeting. Rushing in to make demands or a request without a brief "bonjour" can earn one a frosty response.

The bisous (kissing on both cheeks) is reserved for people one is familiar with and, even then, locals will always be first to initiate. This can appear over-familiar to some expats, but it's a common greeting in France.

The issue of time in social situations perplexes many expats that are used to the notion of being on time. In French society, being invited for a meal at someone’s house prescribes that one does not arrive exactly on time. It is best to err on the side of being fashionably late and arrive 15 to 20 minutes after the set time. That said, if invited to a restaurant or a business function, it's acceptable to arrive at the specified time.

As a rule, the French don't have much tolerance for picky eaters. While it's fairly common to customise an order of food according to one’s preferences in foreign restaurants, this behaviour isn't acceptable in most French establishments or at someone’s home.

Once the usual questions around food allergies have been addressed, the host/hostess expects guests to finish what they're served. It is frowned upon to leave food on a plate, especially as servings aren't typically large and food preparation, particularly in someone’s home, is a labour of love that can only be reciprocated through appreciation and enjoyment of the meal.

The French aren't known for being gregarious and open. Restraint and reserve play a big role in most interactions, and overt friendliness is not something one encounters overnight. Expats should prepare to be patient when it comes to fostering connections with locals.

The mixing of professional and private lives, such as socialising with colleagues outside of working hours, is seldom done in French companies. Speaking too loudly or laughing too raucously in public places can earn sideway glances. Discretion is key in all situations.

The French can be very direct, which can be misconstrued as rude, especially if one is not used to such forthrightness. Expats should learn not to take this honesty personally.

One of the most common complaints cited by expats from the UK and the US is the somewhat mysterious French shopping hours. On Sundays nearly everything is closed, with the exception of cafés. While this may seem like an irritation, expats should try to follow the lead of the locals and take advantage of Sundays to relax and unwind.

Additionally, many stores will close for two to three hours over lunch throughout the week, but this is more common outside of metropolitan centres.

► For more on culture shock and etiquette in business dealings, see Working in France and Doing Business in France
► Read one expat's views on things you should to know before moving to France.
► Get more first-hand advice from expats in France on our France Expat Interviews page.

Are you an expat living in France?

Expat Arrivals is looking for locals to contribute to this guide, and answer forum questions from others planning their move to France. Please contact us if you'd like to contribute. 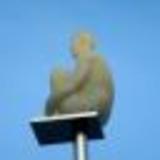 A South African originally from Lesotho now living in Neuilly-Sur-Seine, Leabiloe is a writer, foodie and avid golfer. Read more on her blog, African Wanderlust.