As such a vibrant and diverse country, culture shock in Kenya can come in many different forms. Some new arrivals find living in Kenya so difficult to adjust to that they tend to live entirely enclosed within an expat circle, rarely straying from their compounds. This tends to further intensify one's sense of isolation.

Others may not find the culture differences intimidating. Instead, they are inspired by the friendly and open nature of Kenyans who generally adopt a welcoming and helpful attitude towards foreigners. There are also expat groups in the large cities such as Nairobi and Mombasa which help facilitate the assimilation process. These organisations arrange social gatherings including lunch dates and sporting events. Expats should contact their embassy or consulate to find out more about local expat clubs.

New arrivals to Kenya will likely face various forms of culture shock and there may be lifestyle differences in Nairobi compared to Mombasa and other coastal towns, as well as elsewhere in the country.

There are multiple ethnic groups (the well known Maasai people being one) and religions in the country. So, those interested in local and traditional cultural practices will find much to learn. Whatever the aspect of culture shock faced, expats will settle in quicker by being patient and open to learning and understanding the way things are done.

Many expats living in Kenya find themselves within the upper-middle class of Kenyan society. They're privy to nice houses, shopping at modern malls and driving comfortable cars. This does make the expat experience relatively insulated, although the lives of ordinary Kenyans remain noticeable.

New arrivals are often shocked at the disparity between the haves and have-nots. Wealthy Kenyans drive luxury vehicles, own palatial homes and operate with an abundance of resources. There is also a growing middle class that enjoys a comfortable but modest lifestyle.

Still, a large proportion of Kenyans live below the poverty line, visible in rural areas and cities alike. The poor live in densely populated communities in and around cities, lacking essential resources such as proper clean water, sanitation, electricity and educational facilities. This stark inequality can be a cause for culture shock and cannot be ignored.

Provided this, expats living in Kenya find that one of the biggest luxuries afforded to them is being in a position to hire domestic help. Expats from North America or Western Europe, in particular, having household help will be a treat they're not used to. In Kenya, most middle- and upper-class families have some form of domestic help.

English-speaking expats will be relieved to find that they won’t struggle with a language barrier in Kenya. English is one of the country's two official languages, and while Swahili is the first language of many Kenyans, there's widespread English proficiency, particularly in cities. There is also the possibility of locals knowing three languages, as many speak an additional region-specific language.

When doing business, making friends or going about one's day, the reduced language barrier makes expat adjustment to life in Kenya much smoother. Despite this, we encourage expats to learn at least some basic greetings in Swahili.

Traffic and road conditions in Kenya

Expats in Kenya will soon get used to sitting in traffic and being surrounded by hawkers, who sell everything from newspapers and magazines to car accessories. Maps, phone chargers, toys, bananas, sunglasses and art are just a few of the things on offer. While the constant pressure to buy things can be annoying, expats will soon learn to tolerate these vendors and gently encourage them to move on.

Public transport options in Kenya are somewhat limited. Driving in Kenya isn't always easy, so expats are advised to hire a local driver, but those who opt to get behind the wheel should drive defensively at all times.

Corruption and bureaucracy in Kenya

The economic disparities in Kenya are symptoms of a bigger problem. Corruption and mismanagement of public funds have long been a problem, and expats may come across instances of solicited bribery even in their day-to-day lives.

When dealing with visas, work permits, paperwork and driving licences, expats are sure to find the inevitable delays extremely frustrating. It's often necessary to hire a qualified agent to deal with matters such as these. Achieving the desired results is sometimes impossible without their help.

"Most people hire a night watchman to guard their homes at night and many employ a full-time gardener to be home during the day. The hiring of a night watchman is uncomfortable for me and something I’ll never get used to." Read about Frances' experiences with culture shock in Nairobi in this expat interview.

"People on the coast are generally famous for being easy going and NEVER in a hurry." For more on culture shock and business culture read our interview with Asia.

Are you an expat living in Kenya?

Expat Arrivals is looking for locals to contribute to this guide, and answer forum questions from others planning their move to Kenya. Please contact us if you'd like to contribute. 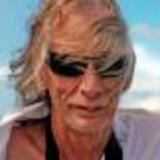 Jerry Riley is a Canadian freelance photographer based in Nairobi, Kenya. He has worked in Asia, Africa, South America and Europe. While in East Africa, he has contributed to Adam, TN, the Nation Media Group, The Africa Report, Farafina (Nigeria), Kwani, Storymoja, Wajibu and Awaa. He regularly exhibits in North America and Europe and recently celebrated the launch of the first East African exhibition of his fine art photography in Nairobi.