At first, some women may find the thought of moving to Saudi Arabia daunting. Questions about personal freedoms immediately come to mind, such as whether women drive, whether they have to 'cover up' and whether it's safe.

These are valid concerns and in many instances restrictions can be frustrating and cause feelings of helplessness and homesickness.

Restrictions on women in Saudi Arabia

Saudi Arabian women were only granted the right to vote in 2015, and up until recently, women weren't able to drive. But new legislation passed in 2018 has allowed women in Saudi Arabia to obtain a driver's licence.

Despite these positive changes, life for Saudi women remains largely restrictive in terms of what they can wear and how they should behave. Women have to wear an abaya when out in public. However, non-Muslim women aren't required to cover their face or hair.

Furthermore, trailing spouses who worked before arriving in Saudi Arabia may find their days suddenly filled with long hours of boredom. In patriarchal Saudi society, it's generally the women who must stay at home and battle with a loss of meaning.

Sometimes, there’s a lack of understanding from the working partner. It’s easier for men to transition when they’re preoccupied with the workplace. At the same time, they may think it's easier for women because they get to stay home. How long these feelings last depends on the individual.

These elements of culture shock can be unsettling, but many women like living in Saudi Arabia despite the difficulties – and for the most part, it’s safe.

Overcoming culture shock as a woman in Saudi Arabia

Living in large company-sponsored compounds can make life much easier and more enjoyable for expat women than staying in an individual apartment or villa. It’s generally easier to meet people in compounds, and it doesn't take expat wives long before they find themselves having made new friends and acquaintances.

Compounds have everything on-site such as restaurants, bowling alleys, dry cleaners, grocery stores, golf courses, salons, soccer fields and gyms. There are various activities to choose from that closely mirror what’s available in the Western world and, for the most part, people wear what they like.

Living outside the compounds among the locals, women may find themselves feeling isolated and void of all sources of entertainment. Saudis are quite private, and tend to spend their time with family and close friends rather than inviting new people into their circles. It isn't impossible to make local friends, it’s just difficult.

Regardless of their housing situation, though, it’s important for expat women to get out and meet new friends with common interests. Purchase an abaya, leave the compound, walk among the locals, and start living life. Women who join expat social groups and expand on existing hobbies will be one step ahead in getting through the adjustment phase.

Not to mention, once they're settled in and over the initial shock, women often find that they have a different kind of freedom here to pursue almost anything they'd like.

Even if they're employed, they can take ownership of their time. Most households hire inexpensive house-helpers which clears days for relaxation, taking up old hobbies or for spending more quality time with family.

Are you an expat living in Saudi Arabia?

Expat Arrivals is looking for locals to contribute to this guide, and answer forum questions from others planning their move to Saudi Arabia. Please contact us if you'd like to contribute. 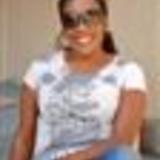 Terri Lundberg has a mouth full of attitude and isn't afraid to tell you how it is. She moved to Saudi Arabia in 2008 with her husband and has since thrown herself into the arts of writing and photography. To follow her adventures access her blog: Black Chick in Saudi Arabia.