Everyday life in Ireland is not that different from life in the UK or the United States, and for the most part, expats coming from a Western culture are unlikely to experience any serious culture shock.

Ireland’s cities are bustling cosmopolitan areas offering a mix of cuisines and cultures, and the country is well accustomed to foreigners, although it may take some time to form lasting friendships with locals.

No matter where an expat lives in Ireland, they are sure to receive céad míle fáilte – “one hundred thousand welcomes”.

As the home of Guinness, pub culture is popular in Ireland. The alcohol consumption age is 18 and alcohol forms a big part of the social and nightlife scene.

Expats should be sure to do their research when looking for a place to eat. There are plenty of fine-dining restaurants in Irish cities, but take note that not all places serve food and, after a certain time, almost every pub, bar or club will serve only drinks.

The dress code for a night out depends on the venue. For men, jeans are generally accepted. However, certain places will refuse a person entry if they are wearing “runners” or tennis shoes. A decent pair of work shoes and a button-up shirt is acceptable almost everywhere. The ladies in Ireland dress to impress and revealing clothing will be seen in all age groups, which could come as a slight shock for some. Teenagers tend to dress more provocatively, particularly on St Patrick’s Day, and this can be alarming for expats from conservative regions.

English is the primary language spoken in Ireland, but Irish or Gaelige is present in everyday life and can be seen and heard across the country. Public transport stations, announcements and major road signs will have destinations written in both English and Irish.

Even though everyone speaks English there are still parts of the country considered Gaeltacht regions that speak Irish, mainly in the northwest and west of Ireland. Locals will also speak English as some of these places rely on tourism for revenue and not all Irish speak Gaelige.

Accents in Ireland differ from county to county. This will take some getting used to, particularly for those going to Kerry, Cork, and some areas of Dublin. Irish people are used to tourists and generally don't mind repeating themselves if needed.

There will be numerous colloquial references that will also take some getting used to. A book of “Irish-isms” can help.

Ireland is a Catholic country although other religions are present and respected. However, like anywhere, there may be pockets of ignorance and misunderstanding.

Expats visiting or moving to the north of the Republic of Ireland or to Northern Ireland should be aware that there is still tension across the borders. Rather than discuss the history of this, just be aware that it can sometimes present itself as "Protestants in the North" and "Catholics in the South".

Present-day Ireland is far removed from its troubled past, but expats should educate themselves on the area they are going to and be respectful of the beliefs of the local population.

Manners and hospitality in Ireland

The Irish pride themselves on their generosity and hospitality. This is visible when being invited to someone’s home as biscuits and tea are usually provided and sometimes expected.

These manners are less present in shops, food markets and on public transportation. Cutting in line is rare, but gestures like opening doors for others or giving up a seat for a woman aren't usually seen in the younger generation. Nevertheless, such actions are still appreciated, even if they aren't entirely expected.

►For information on business culture, see Doing Business in Ireland

►To learn about the Irish healthcare system, see Healthcare in Ireland 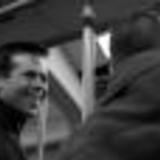 Born in Washington DC and raised in Arlington Virginia. My mother was born in Dublin and emigrated to the US in the 1960s. My father was first generation American as his parents both emigrated to Georgetown, Washington DC, from Co Clare, Ireland in the 1930s. Like many Americans, I took a fascination in my grandparents' home. I moved here in 2008 to connect with family, explore my Irish roots. I live in Dublin and love it here. I welcome any questions you may have if you're curious about moving here as well.