Keeping in Touch in Ireland

Expats won’t have a problem keeping in touch with family and friends while they're in Ireland, as the standards and variety of internet, telephone, mobile and postal services are generally good.

As a majority English-speaking country, Ireland has plenty of English media, so new arrivals can easily keep abreast of news online and through local and international newspapers.

Broadband is available throughout the main cities and towns of Ireland. Eircom is the main provider of internet and also offers a fibre broadband that’s relatively fast in and around cities and towns. Expats living in the more rural areas of Ireland will find it harder to get fast internet connections.

The four options for internet in Ireland are as follows:

It is advised that expats check internet connectivity when moving to Ireland, especially if one's work or business is reliant on fast internet speeds. It’s also vital to check coverage in a specific area, as this could differ from place to place.

WiFi is becoming more and more popular, and many public areas, such as shopping malls, libraries, hotels and restaurants, offer free WiFi access.

Landline telephones are not particularly expensive but for international calls, it can be cheaper to get a calling card or use Skype. If choosing the landline option, expats should compare alternative landline companies within Ireland that offer competitive long-distance rates in order to get the best deal.

Generally, most people choose mobile phones over landline services. However, internet phone access (as part of a broadband bundle) has become more popular as it offers a less expensive option for international phone calling. This is run through a normal landline phone which is dependent on the internet.

The main providers of mobile phones in Ireland are Vodafone and Three, as well as Eircom and Tesco Mobile.

Expats have the option of getting mobile phones on a pay-as-you-go package or they can take out a contract. New arrivals who plan on opening a postpaid mobile phone contract will need to provide certain documents, including proof of identity and proof of address.

With English as an official language, all forms of media, including newspapers, magazines, TV stations and radio are available in Ireland. Irish, the other national language of Ireland, is spoken by a minority of the population, but it’s also used for signage.

There are five main national television stations, including RTE state-run channels and TG4, the Irish language network. Within these are HD channels, news channels and children’s programming in Irish and English.

There are also numerous options for satellite or cable TV, many of which provide access to overseas channels.

Expats must have a TV licence to own a television, regardless of whether or not they're using the state-run service, a private satellite or cable provider. This licence can be paid monthly by direct debit or yearly through the post office.

The postal services in Ireland are reliable. From Monday to Friday, deliveries are made to homes across the country. Mail can be sent via post boxes scattered around the towns and cities or from the nearest post office. Stamps can be purchased at some local convenience stores or at the post office.

►For help in determining a rough budget, see Cost of Living in Ireland 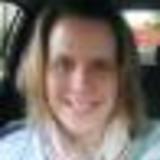 Terri Lee Our Expat Expert
Terri Lee is an American expat who moved to Ireland with her husband and their two children about seven years ago. She said that there were challenges in the beginning, including getting to know and understand the local health and education systems, but a few years down the line, they're happily settled into their new lives in Cork.