Interview with Darren – a South African expat living in Dublin

In September 2018, Darren and his wife Johanna decided to pack up their things and leave Cape Town, South Africa for the (literally) greener pastures of Ireland. Darren chats to Expat Arrivals about life on the Emerald Isle, why he feels he made the right move and what he loves most about his adopted country. Follow him on Twitter.

For more on expat life in Dublin, read our Moving to Dublin guide. 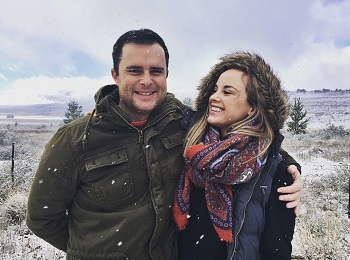 Q: Where are you originally from?
A: Originally from Jeffreys Bay, South Africa, but I mostly lived and worked in Cape Town.

Q: Where are you currently living?
A: Dublin, Ireland.

Q: Is this your first expat experience?
A: No. I had a brief stint in London.

Q: Did you move here alone or with a spouse/family?
A: With my wife, Johanna.

Q: Why did you move?
A: For various reasons. The main reason was to experience living in a new city. We also wanted to live in a place that is centrally located for travelling. Dublin is pretty well placed and has loads of flights available to many locations.

Q: What do you enjoy most about your Dublin? How would you rate the quality of life compared to South Africa?
A: The sense of community. People really care about the wellbeing of their fellow citizens. The Irish are very friendly and love a good chat. It’s also great paying tax in a society where you can see how your tax money is being spent on the welfare of the country and not politicians.

Q: What do you miss most about home?
A: Irish people aren’t big into braaiiing (barbecuing ‒ South Africa’s favourite pastime), and that’s probably what I miss most, apart from friends and family. But that is slowly starting to change. You can now buy wors (South African sausage) in most Aldi stores (thank you CJ Stander and Louis Ludik!), and we’ve converted some Irish friends to the way of the braai.

Q: What are the biggest adjustments you had to make when settling into expat life in Dublin? Did you experience any particular elements of culture shock?
A: Culturally, the Irish are quite relaxed, they love live sport (mainly GAA and rugby) and drinking beer, so, quite similar to a lot of South Africans in that sense. They are rather conservative and don’t like confrontation. The Irish accent also differs depending on which part of the country you are in. It’s pretty funny when people from the west or east of the country get excited and start speaking really fast and animatedly.

Q: What’s the cost of living compared to home? Is there anything particularly expensive or particularly cheap in Dublin?
A: Accommodation is really expensive compared to South Africa. Eating out and drinking can also be a costly affair. But if you buy your food and alcohol from general retailers, I find it is often cheaper than in South Africa. Anything service-related in Ireland is quite pricey, which is the opposite of South Africa. Other than that, healthcare, schooling and so forth are either heavily subsidised by the state or free in most cases.

Q: How would you rate the public transport in Dublin?
A: It’s just like any other public transport system in Europe ‒ quite sophisticated. There are trains, busses and trams. Using a bicycle is probably easiest to get around, as it’s such a compact city. One doesn’t necessarily require a vehicle to get about town, but I would recommend hiring a car and travelling the countryside, which is where Ireland's true beauty lies.

Q: How would you rate the healthcare in Dublin? Have you had any particularly good/bad experiences with regards to doctors and hospitals?
A: I’ve been to the doctor once for torn ligaments in my thumb, and the service and care were excellent. There are actually loads of South African doctors in the system scattered around Ireland.

Q: What are the biggest safety issues facing expats living in Ireland? Are there any areas expats should avoid?
A: None really. When we first moved over we heard of child gangs terrorising UberEats riders on their bicycles and that’s about it. Besides petty crime and theft, Ireland is a rather peaceful place.

Q: How do you rate the standard of housing in Dublin? What different options are available for expats?
A: It's rather poor. There is a massive housing crisis in Dublin. The city has exploded due to massive economic expansion over the last decade, causing the demand for housing to outstrip the supply. It’s important to secure short-term living arrangements before moving over. This will give you time to house hunt. It’s also important to ensure that you have all your personal details on hand, including where you work and where you’ve previously stayed (rental references). Having these ready will certainly increase your chances of securing accommodation quicker.

Q: Any areas or suburbs you’d recommend for expats to live in?
A: The south side of Dublin is really nice, with loads of public parks, nice coffee shops, schools and so on.

Q: How tolerant are the locals of foreigners? Is there obvious discrimination against any particular groups? Have you ever experienced discrimination in Dublin?
A: The Irish are extremely tolerant and accepting of foreigners in their country. They understand that foreigners bring economic prosperity with them. We have only had good experiences with the locals. When they hear you're from South Africa, they're very interested to know more. Often they will know of someone who has been to South Africa and will have a cool story to share.

Q: Was meeting people and making friends easy? How did you go about meeting new people?
A: Yes super easy. I was quite lucky that I knew a couple of South Africans living here before moving over, and it feels like there are new South Africans landing in Ireland on a daily basis, so the friendship pool is always growing. We have several Irish friends who love hanging with us ‘saffas’, mainly because they get biltong (a South African dried and cured meat delicacy) or braaied meat.

Q: Have you made friends with locals or do you mix mainly with other expats? What advice would you give to new expats looking to make friends with the locals?
A: It’s quite difficult to break into an Irish-only friendship group if you are not introduced to the group by an Irish person. We found that most Irish people have grown up together, been to uni together and have remained friends. So, although they are super friendly and open to have expat friends, they do see us as temporary residents in Ireland as most expats eventually move on.

Q: Was getting a work permit or visa a relatively easy process? Did you tackle the visa process yourself, or did you enlist the services of an immigration consultant?
A: It was relatively simple and the process can be figured out on your own. There is a long critical-skills list of professions in Ireland that qualify for critical-skills work permits. The company that brought me over assisted me with the process.

Q: What is the economic climate in Dublin like? Do you have any tips for expats looking to find a job?
A: It's been really buoyant pre-Covid-19. Unfortunately, post-Covid we are not sure. Only time will tell, I suppose. If you work in technology, engineering, accounting or medicine you will easily qualify for a critical skills work permit and should be able to find work.

Q: How does the work culture differ from South Africa? Do you have any tips for expats doing business in Ireland? Did you have any particularly difficult experiences adapting to local business culture?
A: I had no difficulty adapting to the local work culture. It’s very similar to South Africa in terms of labour laws and so on. The culture is very diverse and inclusive.

Q: How has your spouse or partner adjusted to your new home? Do you think there are any specific challenges for a trailing spouse?
A: Johanna has adjusted very well. She works for a great local Irish company that employs mainly Irish people. She was quite lucky as she landed a month after I did, at which time I had already sorted out our accommodation and all the rest.

Q: What are your favourite attractions and activities in Dublin?
A: Visiting various public parks, pubs and scenic lookout areas. The Wicklow Mountains just south of Dublin have incredible hiking trails and viewpoints.

Q: Is there any advice you would like to offer new expat arrivals in Ireland?
A: Yes. Embrace the opportunity to experience new cultures and ways of living. We are incredibly lucky to have lived in a culturally-rich place like South Africa, and those experiences and tolerance will serve you well in Ireland.