Characterised by lush dales, magnificent scenery, ancient cities and towns, and friendly people, Ireland is an increasingly attractive prospect for expats, and its capital, Dublin, is drawing more foreigners than ever before. The city retains majestic reminders of a storied past combined with eminently modern features and infrastructure, resulting in what is one of Europe's most beautiful and efficient cities today.

Living in Dublin as an expat

For years the capital of the Emerald Isle was known as something of a peripheral European centre of sluggish industry and good alcohol. Expats moved for the charm of the city and its friendly residents, rather than career development or lucrative salaries. But following Brexit, and the fact that many corporations are now choosing to base their European headquarters in Dublin, the Irish capital is experiencing an economic boom and, as an expat destination, is now more attractive than ever before.

Remnants of a gilded age persist, mixed with modern construction projects which house the offices of a slew of international companies. A substantial IT industry and a booming tech sector are drawing expats from the USA, Europe and elsewhere to live and work in Dublin. Several major pharmaceutical companies also have manufacturing centres or headquarters in the city.

Cost of living in Dublin

Dublin’s cost of living, unfortunately, is rather high, with astronomical property prices and stiff competition for jobs now even causing many locals to leave the city. For many expats, the cramped and overpriced living quarters can be difficult to adjust to.

That said, expats who manage to secure a job in Ireland are usually paid enough to ensure a good quality of life despite the expenses. And, in true Dublin fashion, most hardships can be overcome at the local pub.

Ireland offers free high-quality education, which can save a great deal of money compared to other countries where pricey international schools are the only viable option. That said, for those who want their children to study a specific curriculum – such as that of France, Germany or the International Baccalaureate – there are a number of Dublin international schools to fulfil this need, though naturally at a much higher price.

Both public and private healthcare offer a good standard of care, with the main difference between the two being their associated waiting times and prices. Private hospitals are more expensive compared to low-cost public hospitals, but are able to provide speedier service with little to no waiting period.

While Dublin's rainy weather is definitely not one of the drawcards pulling people to the city, it isn't all that bad once one adjusts, and expats will find life goes on despite the rain. On particularly gloomy days, it can be heartening to remember that all that rain contributes to Ireland's gorgeously green landscape.

Having transformed into a cosmopolitan city and opened up as an international pivot point, Dublin manages to retain an authentic atmosphere that combines cobblestone history with glass-and-steel modernity. Expats living here are not only perfectly placed to enjoy the best of life in Ireland, but also to explore the rest of Western Europe, much of which is a quick and affordable flight away.

"I like how compact Dublin City Centre is; you can walk or cycle everywhere. I like all the parks and squares, cafes and the huge variety of restaurants, shops and convenience stores, and also the products you can get here." For more on Joanna from Poland's thoughts on living in Dublin, read our expat interview with her.

"People really care about the wellbeing of their fellow citizens. The Irish are very friendly and love a good chat. It’s also great paying tax in a society where you can see how your tax money is being spent on the welfare of the country and not politicians." See our expat interview with Darren from South Africa for more. 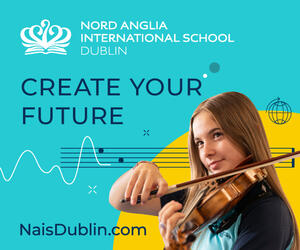