Getting Around in Dublin

Dublin City is split in two by the River Liffey and bordered on the east by the Irish Sea. An old city founded centuries ago, Dublin has expanded gradually and is comprised of many narrow alleys as well as broad streets.

The recent economic boom is visible in Dublin’s public transport system. With the migration of many multinational corporations, and the consequent influx of expats to the city, Dublin's transport infrastructure has improved markedly, and getting around in the city has never been easier. Indeed, it is no longer necessary to own a car here.

Dublin’s transport network includes buses, light rail (Luas) and surface rail (DART). It is cheaper and faster to take public transport than to drive or take a taxi in rush hour. Like most public transport, there are crowds at peak times, but services are clean, frequent and punctual.

It is possible to purchase tickets online, via an app, from the driver or from station terminals for trains, buses and trams. Tickets are generally available with single-, return- and multi-journey options. Different routes start and end at different times, so expats should research routes carefully.

The Leap Card is Dublin’s integrated ticketing system. Although there is no problem buying tickets on the bus or at the station, this is the best option for expats who commute frequently and are looking to save money.

Cards can be bought and topped up at stations, newsagents or online. Leap Cards can be used on Dublin buses, the Luas, Commuter Rail and the DART.

The Dublin Bus Service provides the iconic yellow and blue double-deckers that can be seen all over County Dublin. Most of these are wheelchair accessible. Multiple- and single-journey tickets can be bought from the driver. Designated lanes for buses mean that commuters often beat the traffic.

The DART (Dublin Area Rapid Transit) is a surface rail service with trains arriving every 15 minutes.

Commuter rail provides a few services out of Dublin, which is handy for day trips and for those who live outside of County Dublin but work in the city.

Dublin also has a light rail service, the Luas, servicing the inner city as well as the south and southwestern suburbs. Luas services are frequent and reliable, with as little as four minutes between each tram.

Ride-sharing services and taxis in Dublin

Taxis are widely available in the city centre, especially outside large hotels and in designated and undesignated spots along the main city streets. Taxis look like private cars with a yellow light on top, which indicates whether or not they are in service.

Ireland has restrictive laws for ride-sharing services, and unlike many other countries, all drivers for services such as Uber must be licensed taxi drivers.

Driving in Dublin can be a challenge for newcomers, although the implementation of a one-way system, which at first glance seems confusing, has greatly helped the flow of traffic.

Parking in the city centre is expensive and limited, so it is probably easier to catch public transport, cycle or walk, depending on where a person lives. Along with the one-way system, much has been done to discourage the use of private vehicles in Dublin, including tolls, which can become an annoyance if regularly passing through a tolled area.

Cycling is becoming more popular in Ireland. With the development of dedicated cycle lanes, it is also becoming safer to ride a bicycle.

Expats should be wary of where they lock bicycles up, as chaining them to the fences of Georgian buildings is prohibited.

Cyclists should always wear a helmet, and preferably light clothing and bike lights. Although it is illegal to ride without a helmet, many people ignore this law. Bicycles are required to abide by the rules of the road like any other vehicle. Confident cyclists will have no trouble cycling into town from the suburbs.

Dublin Bikes is a growing service with distinctive blue bicycles that can be hired and ridden between specified bicycled parks. There are over 40 stations across Dublin which accept Dublin Bikes Long Term Cards and offer three-day tickets. In addition to the subscription, there is a small fee to ride.

The city's compact size makes Dublin ideal for walking. In fact, many locals and expats regularly travel to work and do errands on foot. Exploring the city on foot also reveals many hidden treasures that may not be noticed when travelling in a vehicle or by public transport. Plus, it's healthy!

►For fun ways to explore the city, read See and Do in Dublin

►For more on getting around, see Transport and Driving in Ireland

►For info on travelling by train in Ireland, see Irish Rail

►For help with planning your route, see Dublin Bus 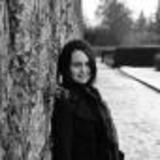 I'm a twenty-something blogger - and amateur everything else - who left life in New Zealand on a shoestring budget to chance the luck of the Irish. Follow my blog, It's There For a Reason.