Education and Schools in Dublin

For many parents, the prospect of organising education and schools in Dublin for their children can be a daunting one. However, it should come as some comfort that almost all public schools in Ireland teach in English, and that all children in Ireland have the right to free education, expats included.

That said, many expats still prefer to enrol their children in one of Dublin's international schools so that they can continue with their home curriculum.

Pre-schools and childcare in Dublin

As compulsory primary education only starts at the age of six, it is not mandatory for children to attend pre-school in Ireland. The minimum age for pre-school is four years old. Primary schools often offer pre-school education in the form of "infant classes" for children aged four and five.

Childcare in Dublin is widely available, but often comes at a high cost. To ease parents' expenses, the government has introduced the Early Childhood Care and Education (ECCE) Scheme. This provides free pre-school education and childcare at certain approved centres. Parents who opt not to use the ECCE Scheme will be subject to the full cost of fees.

Irish children usually attend primary school from the age of 6 to 12. Each year of school is numbered upwards, from Class One to Class Six. The class size of primary schools in Ireland is one area of concern to many parents, as they often make for overcrowded learning environments.

This is directly related to funding shortages in the education sector. Parents get around issues with class sizes by finding smaller local schools or specialised schools that focus on a particular core subject area.

Public schooling in Dublin is of an excellent standard. By law, any child in Dublin can attend public school whatever their parents' visa status, and they can do so for free. In practice, however, finding a public school in Dublin can be more difficult than it appears on paper. Many of the schools in Dublin are full, with little space for new enrolment.

When a school has reached its capacity, the remaining children are put on waiting lists. With the majority of Dublin public schools operating on a first-come, first-served basis, expat parents arriving in Dublin outside of regular application periods can be at a distinct disadvantage.

Once a school has drawn up a waiting list, children on the list are then prioritised according to the school's admissions policy. Sometimes a child may be moved up the list more quickly if they have a sibling already attending the school in question or if they live in the same area as the school.

It is highly recommended for expats who have decided on an area to live in to try and contact local schools before arriving.

Dublin is home to the highest number of private schools in Ireland. These schools are privately funded and therefore aren't subject to state controls. Many of these are single-sex schools with religious affiliations, and boarding facilities are often available.

Expats on a budget should be aware that this is a costly option, especially if planning to make use of the school's boarding facilities, and they may have to foot extra costs such as uniforms, books, field trips, and so on.

Many expats choose to have their children continue with the curriculum from their home country in one of the many excellent international schools in Dublin. These are considerably more difficult to get into than public schools and can be rather expensive, although they offer top-rate education. International schools can also offer tests and degrees needed for higher education in an expat student's home country, such as the American SATs.

These schools usually have long waiting lists, so it's advisable to apply as soon as possible. For families who move unexpectedly and quite suddenly to Dublin, it is possible for children to attend public school while waiting to enrol in a private or international school.

For a relatively small city, Dublin has a great range of universities and colleges covering every conceivable course.

Depending on their needs, expats can choose from the historical Trinity College or more newly established colleges such as Griffith College. While the prestige of attending Trinity might seem attractive, Dublin has many prestigious colleges and universities on offer, so prospective students should be sure to explore their options thoroughly before making a decision.

Some students with ties to the EEA may be eligible for the Free Fees Initiative. This allows free full-time undergraduate education at Irish universities. Students who wish to avail themselves of this scheme will need to fulfil certain conditions, such as either being a legal citizen or national of an EEA state themselves or being a direct family member of one.

Non-EU nationals will be faced with a larger bill, but it is manageable in comparison to the international fees levied by universities in countries such as the United States.

Children arriving in a new city are often daunted by the uncertainty and unfamiliarity of new surroundings, and they stand to benefit a great deal from a dedicated tutor who could not only educate them academically, but also provide a helping hand in settling in and building some confidence. Those expat children who aren’t fluent in English will find particular value in an English language tutor.

Dublin has a huge array of tutors to choose from, specialising in a variety of subjects and age groups. Some of the top tutoring agencies in Dublin include First Tutors Ireland, Home Tutoring Ireland and GradIreland.

►For a list of schools, see International Schools in Dublin 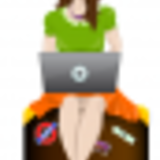