Areas and suburbs in Barcelona

Each of the areas and suburbs in Barcelona offers different facilities and options for housing. So, depending on a person’s circumstances and preferences, there is no shortage of options for expats looking for a place to live in Barcelona.

There are ten municipal districts in Barcelona that are further divided into zones and are often named after the closest metro or train stop. These districts include Cuitat Vella, L’eixample, Sants-Montjuic, Les Corts, Sarria-Sant Gervasi, Gracia, Horta-Guinardo, Nou Barris, Sant Andreu and Sant Marti.

Below is a list of popular neighbourhoods in Barcelona which are often favoured by expatriates.

Pedralbes is an elegant residential area in the district of Les Corts, with wide avenues and green, open spaces. Many apartment buildings here date from the 1970s, and have swimming pools, doormen and garages for two cars per apartment.

Close by are the serene gardens of the Palau de Pedralbes, the hilly Parc de Cervantes with its playgrounds and rideable miniature train, the Carretera de les Aigues which is great for jogging and cycling, and offers spectacular views of the city, and the beautifully preserved, ancient Real Monestir Santa Maria Pedralbes, known as Monestir Pedralbes.

Pedralbes has fewer metro stations than more central areas. The bus network is reliable but not as well developed as in some neighbourhoods, so owning a car is recommended.

A mainly residential area, it has few shops and cafés. It is very close to several of the most prominent English-speaking schools in Barcelona.

Pedralbes appeals to expat families wanting to live in a safe neighbourhood. The fact that a car is needed and it is expensive makes it less appealing to younger expats.

To the east of Pedralbes, in the Sarria-Sant Gervasi district, Sarria is a pleasant, slightly less upmarket residential area with better shop and restaurant choices. There is a mixture of older and newer apartment blocks, many of which have a doorman. A few detached and semi-detached houses can be found in the hilly streets to the north.

The FGC suburban train connects Sarria to the centre of town, and the area is very well served by buses.

There are several parks which are good for running and have children’s play areas. Sarria is also very convenient for its proximity to a number international schools in Barcelona, so it appeals to expat families with children.

Also in the Sarria-Sant Gervasi district, Tres Torres is a quiet residential area in the northwest corner of Barcelona. Most apartments provide garage space for two cars with each unit.  It is, however, not recommended for young people without a car, as it is some way outside the city centre.

The area is served by the FGC suburban train and has an excellent bus network, but metro stops are scarce. There is a good municipal market, some supermarkets, and the Avenue Diagonal shopping area is close by.

To the north of the old city, St Gervasi is one of the most central districts in Barcelona, located north of L’Eixample and west of Gracia.

Shopping possibilities are unlimited, and there is no shortage of bars and restaurants.

Rental prices are relatively low, but parking can be troublesome, although many apartment buildings offer a parking space.

The FGC suburban train connects St Gervasi to Placa Catalunya and buses cross the district in all directions. As this area is very central, walking can also be an option, and the John Talabot School is fairly close by.

Located in northwest Barcelona, St Just Desvern and Esplugues de Llobregat are spacious inner suburbs that provide plenty of green space, tennis clubs, and even horse-riding facilities. Both areas are popular with expatriates and convenient for the American School of Barcelona.

A car is essential here as there are no metros or trains, and buses to the city centre take over an hour. However, traffic congestion can be a real problem when driving to work. These suburbs are completely self-sufficient, with plenty of supermarkets and small, traditional shops.

Areas for young and single expats in Barcelona

South of St Gervasi and nearer to the heart of the old city, Esquerra Eixample is a busy area with many restaurants, bars and shops. Eixample is divided into a right- and left-hand section (Dreta and Esquerra) but both have the same octagonal grid formation that typifies Barcelona.

Apartments generally don’t have garages, but spaces can sometimes be rented in a nearby parking complex. The FGC suburban train, metro and buses provide good transport links.

There are three buildings designed by Gaudi close by, and La Rambla de Catalunya, with its perfect low-angle view of Mount Tibidabo, is fantastic for walking. Parks and children’s play areas are scarcer here, however, and most recommended schools are in the northwest, so this is a district better suited to expats without children.

Originally built to house athletes for the 1992 Olympics, Vila Olimpica is close to the bars and restaurants of the pleasure port. The beach is easily reachable, and there are opportunities for running, cycling, roller blading, sailing and wind surfing. The area attracts both tourists and locals, and tends to get busy on weekends.

Most apartment buildings here have very good light, are three or four floors high and provide a community garden and swimming pool. Quality was sometimes sacrificed in the rush to finish them, and sound insulation can be poor. Nevertheless, rents are expensive.

There are supermarkets, shops and a cinema, but the best international schools are at least an hour away. The metro and bus services connect the area to the centre of town, but commuters will need to transfer between lines for destinations in the north and west of the city.

Suburbs outside of Barcelona

Castelldefels and Gava are around 12 miles (20km) south of Barcelona, and close to fine, sandy beaches that fill with city dwellers in summer. Weekends can be busy as people flock to the area’s seafood restaurants.

Accommodation is mainly in the form of houses, some of which are partitioned off as summer apartments without heating facilities.

Trains in and out of Barcelona are convenient and frequent, reaching the city centre in less than 20 minutes. Several shopping malls can be reached by car in 15 minutes, as can the airport.

Castelldefels is home to the British School of Barcelona.

Sant Cugat del Valles is situated behind Mount Tibidabo and the Collsera Natural Reserve, seven miles (12km) north of Barcelona. Frequent trains connect it to the centre of Barcelona in around 20 minutes. The area is popular with American and French expatriates.

It has its own cinemas, shops, concert hall, golf course and sports clubs. It has detached houses with gardens and occasionally swimming pools, and is ideal for expat families. The Benjamin Franklin International School runs a bus service for pupils in the area.

►Accommodation in Spain gives an overview of the country's property market

Are you an expat living in Barcelona?

Expat Arrivals is looking for locals to contribute to this guide, and answer forum questions from others planning their move to Barcelona. Please contact us if you'd like to contribute. 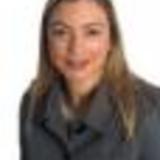 Julie Vermeulen Our Expat Expert
I always loved travelling and living in other countries. I lived for a while in Antibes, France, and in Minneapolis, United States.
I work as a relocation consultant for Going There and Interdean.