Interview with Dan – an American expat living in Barcelona

As his job allows him to work from anywhere in the world Dan, an American expat, was able to make the move to Barcelona in 2011, where he enjoys the city's beautiful architecture and fantastic weather, and spends his off days exploring the greater Catalonia. Dan shares advice on where to go and what to do in the city on his blog Barcelona Navigator. Check it out for plenty of top tips, from an expat himself.

For more on expat life in the Catalan capital, read our expat arrivals guide Moving to Barcelona. 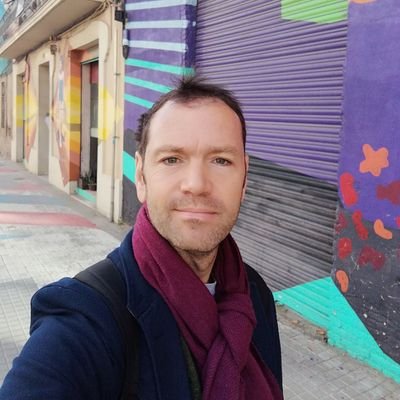 Q: Where are you originally from?
A: I grew up in London but spent many years living in Chicago in the US.

Q: Where are you currently living?
A: Barcelona, Spain

Q: When did you move here?
A: I first arrived in Spain in 2011, but I spent a lot of time going back and forth between Spain, the US and the UK.

Q: Is this your first expat experience?
A: No, I lived in Nagano, Japan for a year where I was an English teacher. I also did a study-abroad year in Montpellier, France.

Q: Why did you move; what do you do?
A: My work with web content is location independent, so it was easy to make the transition. I moved simply because I like it here and already had some local friends and connections.

Q: What do you enjoy most about Barcelona? How would you rate the quality of life compared to America?
A: There is a wealth of things to do every day and night of the week. A lively expat community made the move very easy. Of course there is the beautiful architecture and also the weather to enjoy. Something I have particularly loved is exploring Catalonia, there are so many great day trips you can make. I would rate the quality of life high in relation to the US.

Q: Any negative experiences? What do you miss most about home?
A: Barcelona does not have the same pace or energy as a large city such as London or New York. Fewer work opportunities and lower salaries are also drawbacks.

Q: What are the biggest adjustments you had to make when settling into expat life here? Did you experience any particular elements of culture shock?
A: I didn’t experience much culture shock. I didn’t study Spanish at school and it took quite a long time for me to learn, which was something I had to adjust to.

Q: How would you rate the public transport in Barcelona?
A: The metro is very good, with short wait times between trains. There are a couple of abandoned stations that you can see if you look closely through the window. The old Correos station, which is situated between the Jaume and Barceloneta stops, still has the original billboards on the walls.

Q: How would you rate the healthcare in Barcelona?
A: I have private insurance through a company called Adeslas. On the few occasions that I have gone to a doctor I had almost no wait time, it was remarkably easy, efficient and inexpensive.

Q: What are the biggest safety issues facing expats living in Barcelona or Spain? Are there any areas expats should avoid?
A: There is a lot of petty crime, such as theft of handbags. El Raval is notorious as one of the more dangerous neighbourhoods. Overall though, my experience has been that Barcelona is a very safe city.

Q: How do you rate the standard of housing in Barcelona? What different options are available for expats?
A: In the centre of the city it’s mostly flats, rather than houses. Flats often don’t have amenities like air conditioning or dryers for clothes. Many of the older buildings don’t have elevators. But, what flats lack in modern conveniences they often make up for in charm and location.

Q: Any areas or suburbs you’d recommend for expats to live in?
A: El Born is a popular choice among expats. It’s central, close to the sea and has plenty of restaurants and nightlife.

Q: How tolerant are the locals of foreigners? Is there obvious discrimination against any particular groups?
A: Occasionally you will see something like ‘tourists go home’ written on a wall. Generally, locals are welcoming, but there is sometimes a sense of resentment of outsiders for driving up housing prices and overcrowding the city.

Q: Was meeting people and making friends easy?
A: It is quite easy to meet people and make new friends. There are so many events and groups to participate in, whatever your interests are. Meetup.com is a great resource.

Q: Have you made friends with locals or do you mix mainly with other expats? What advice would you give to new expats looking to make friends with the locals?
A: I mix with a combination of both, but more with Spanish/Catalans now. I would advise getting involved with the local community in order to have a more authentic experience. Even if it’s by something like taking a salsa dancing class.

Q: Was getting a work permit or visa a relatively easy process? Did you tackle the visa process yourself, or did you enlist the services of an immigration consultant?
A: I hired an agency to help me get residency, which was definitely worth it. The bureaucracy can be difficult to navigate without an experienced helping hand.

Q: Do you have any tips for expats looking to find a job?
A: I would advise signing up with an agency to assist in finding a job. It is usually a bit harder to find a job here than it is in larger cities.

Q: How does the work culture differ from home?
A: I have always been self employed, but I have heard that the Spanish work surprisingly long days. This is partly because they often take a long lunch break which means they can end up coming home later.

Q: What are your favourite family attractions and activities in Barcelona?
A: Tibidabo and Ciutadella Park are great for kids.

Q: What are the schools like, any particular suggestions?
A: I don’t have any first-hand experience with this, but my impression is that the public schools are quite good.

Q: Is there any advice you would like to offer new expat arrivals to Barcelona or Spain?
A: Try to learn Spanish as soon as possible if you don’t already speak it. Take advantage of the wonderful surrounding area as well as the city itself. Use resources such as Meetup, Internations and the American Society to find new friends and make yourself feel at home.