Areas and suburbs in Zurich

The best places to live in Zurich

Wherever they look for accommodation in Zurich, expats will need to consider commute times to work and schools, their budget and the kind of property they're looking for.

Children in kindergarten and primary school can be expected to come home for lunch every day. Secondary school students often need to travel some distance, so access to public transport is important.

However, many residents commute to work and school, so getting around in Zurich shouldn't be a problem. Hour-long commutes are rare, and expats probably won't need to spend too much time on the road.

Expats who are used to large properties should remember that Switzerland is a small country – space is limited, and the market is quite tight.

Accommodation in Zurich mostly consists of apartments and houses. City apartments won't differ much from other large cities around the world, while nearby towns and villages often have terraced apartments. There are usually four to eight apartments per building that have terraces rather than balconies or gardens. These offer outdoor space without the work associated with maintaining a garden. Houses usually have small gardens, while swimming pools are rare.

Unfortunately, house prices in Zurich reflect its position as one of the world's best cities to live in. Being close to the lake easily doubles or triples rental prices, so it might be worth doing the proper research and budgeting before relocating.

Living in the city centre is probably easier for single expats or those with older children. Most people live in apartments, so space is limited and children have less room to play. Enge and Seefled are popular with bankers and lawyers, but keep in mind that most restaurants in this area are closed on Sundays. Older, more affluent Swiss residents tend to live in Fluntern and Zürichberg, which are located near the city's zoo.

Trendier areas include Kreis 5, which has loft apartments, restaurants and bars. Oberstrass and Unterstrass, located around the university, as well as Oerlikon and Affoltern, which used to be industrial areas, are popular with young people. 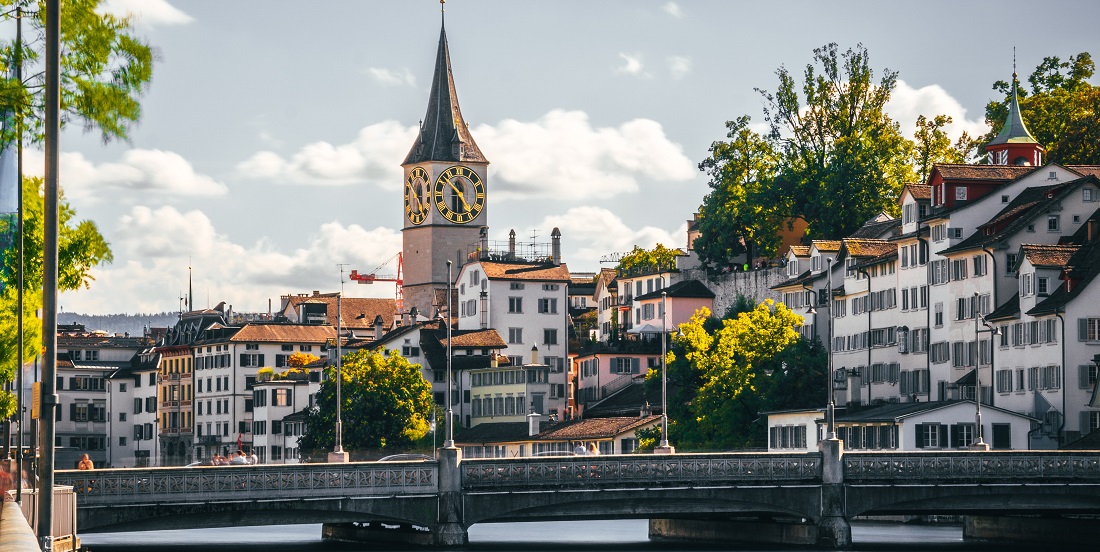 Few things beat living in an area with a view of Lake Zurich. The right side of the lake is called the Gold Coast because it catches the sun, and the left side is called the Silver Coast. Many expats live here because there are international schools on either side. Popular lakeside villages include Kilchberg, Thalwil, Rüschlikon and Horgen on the Silver Coast, and Zollikon, Küsnacht, Erlenbach and Meilen on the Gold Coast.

Many facilities and stores around the lake cater to the English-speaking expat community. However, property prices are steep and most people can only afford the area if they receive a housing allowance from work or are willing to compromise on space.

The villages up on the Gold Coast's ridge are in the Pfannenstiel region, and those on the Silver Coast are in the Albiskette region. They don't necessarily have a view of the lake, but their proximity to the international schools and the city make them popular. Prices are also high here, but it is possible to find affordable accommodation. After-school activities, stores and other places often don't offer English-speaking services, but are still in easy reach of the city.

The other lake in the canton of Zurich is called Greifensee. It's a nature reserve and residents will see many cyclists, rollerbladers and joggers in the area. There are many villages around the lake with minimalistic infrastructure, with some larger towns such as Uster and Volketswil. Numerous expats live here, and send their children to a nearby local or international school. Prices are more moderate and residents usually get more for their money in this area.

Other areas of Zurich

Unless expats speak German, living in other areas in the canton of Zurich can be more challenging. Areas such as the Zürcher Oberland and the Weinland are beautiful, but there aren't many expats aside from those who want to integrate fully and don't live a typical expat life.

The Zürcher Unterland is the area around the airport, north of Zurich. More foreigners are coming to work and live in Zurich without the support of generous expat packages, and are moving to the villages around Bülach and Dielsdorf. Prices are far more affordable than around Lake Zurich, and the English-speaking population is ever growing. Residents are subjected to aeroplane noise, but it isn't intolerable.

At the end of the day, living in Zurich is great. Finding the right area will be determined by an individual's budget and if they are willing to give up on English-speaking conveniences. If expats can live beyond their comfort zone, they will most likely be rewarded with a lovely home and many local friends.

►For more on housing, see Accommodation in Zurich

"The two areas we considered most were Kreis 5, the old industrial quarter in the city centre, which is vibrant and full of interesting shops, bars and restaurants, and Kreis 6, where we have settled. Kreis 6 is the district of ETH (the science and technology university) and the university hospital, and it’s got an academic studenty vibe. It’s also very leafy and quiet on the hill above the Hautbahnhof, which lends the area a deceptive suburban feel, as in actuality, we are only 15-minutes' walk from Bahnhofstrasse."

Read more about British expat Helen's experiences in Zurich in our interview with her.

Are you an expat living in Zurich?

Expat Arrivals is looking for locals to contribute to this guide, and answer forum questions from others planning their move to Zurich. Please contact us if you'd like to contribute.