Education and Schools in Sweden

Education in Sweden is compulsory and free for all children attending public schools between the ages of seven and 16. In addition to this system, expat parents also have the option of sending their children to a private or international school in Sweden.

The academic year starts in mid-August and runs to the beginning of June the following year, and is divided into two semesters; the autumn term and the spring term. There are several mid-term holidays during the school year.

Children in Sweden start school when they are seven years old. Primary school is divided into three stages, consisting of elementary school, middle school and high school. Primary school is followed by upper secondary school (gymnasieskola) which is not compulsory. However, most children do fulfil secondary education to be able to get good jobs in the future.

Public schools in Sweden are open to all and follow the Swedish National Syllabus. These schools are administrated by the local municipality in which they are located, are taxpayer-funded and may not charge student fees. When children turn seven years old they are automatically placed in a nearby public school. Primary school is compulsory for children up to Grade 9, when the student is usually 16 years old. At this point, if the student wishes to continue with their education, they go into high school. Local public primary and high schools are free and funded by local taxes.

Secondary school, which follows high school, is also voluntary, but each municipality is responsible to follow up on young people under 20 who do not study after high school. Pupils choose from 17 national programmes as well as a large number of local programmes, specially designed programmes and the individual programme. Unlike many other countries, Sweden lacks a formal matriculation; rather, there are secondary schools aimed at providing basic access to college.

Most children in Sweden go to public schools, but expats generally choose international private schools for their children instead due to the language barrier.

There are a number of private schools in Sweden, known as friskolor. These schools are funded by local contributions from the home municipalities and notification, queue or registration fees may not be charged. Private schools are, however, allowed to accept donations.

More and more private schools are opening in Sweden and this means more competition, not least because parents can now choose which school they want their children to attend, and funding follows the student to go to their chosen school. This is good for students because the competition pushes schools to perform better.

International schools in Sweden offer the curriculum of a foreign country such as the UK, the US or other qualifications such as the International Baccalaureate. These schools are primarily intended for students living in Sweden temporarily or under special circumstances. International schools expect a yearly fee and applications need to be made by contacting the school directly. Extra fees might apply if the children are not registered with their local municipality and do not have a Swedish personal number.

Children of all nationalities, including Swedish children, are welcome at most international schools. These schools may have long waiting lists, however, so it’s best for parents to plan ahead and apply for a spot for their children as early as possible.

Are you an expat living in Sweden?

Expat Arrivals is looking for locals to contribute to this guide, and answer forum questions from others planning their move to Sweden. Please contact us if you'd like to contribute. 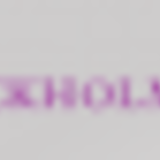