Expats will find that grocery shopping in Johannesburg is similar to that in any Western country. South Africa has several large supermarket chains and a number of smaller specialty stores, and all types of shops are present in Joburg. As in all locations, where expats end up going will depend on their personal tastes and budget, but the nice thing is that there will be a store conveniently located close to where they live.

Furthermore, shelves will be stocked with many of the goods familiar from home, with the addition of a few strange new favourites. For a taste of true South Africa, try Mrs Balls Chutney, snack on a bit of biltong or load the shopping cart with Choc-kits, Nik Naks, or Ouma Rusks.

Otherwise, for the most part, grocery stores in South Africa claim an impressive meat and poultry selection, a large assortment of dry and canned goods, and a healthy variety of fruit and vegetables. Halaal products are available in most of the grocery stores.

Supermarkets in South Africa sell wine, but generally do not sell spirits or beer. However, many of the larger chain stores will have subsidiary stores selling all types of alcohol next door to their main shop.

►For recommendations of exciting weekend activities, read See and Do in Johannesburg

Are you an expat living in Johannesburg?

Expat Arrivals is looking for locals to contribute to this guide, and answer forum questions from others planning their move to Johannesburg. Please contact us if you'd like to contribute. 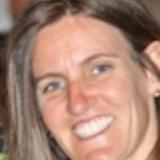