What's On in New York City

Expat Health Insurance Quotes
New York is known the world over as the city that never sleeps. Although for many, Manhattan’s borderline manic activity can actually be felt as much during the day as it can at night. In the summer season, in particular, the energy is almost palpable, seemingly bouncing off the gleaming buildings and steaming hot asphalt.

There is simply always something to do here; either an old favourite pastime or an entirely new pursuit. Picking just a few events is a difficult task, but here is a list of the best tried and tested annual events in NYC.

Some of the city’s most famous and most exclusive restaurants participate in New York’s biannual Restaurant Week. Participating eateries offer prix-fixe meals, giving attendees is a chance to sample some of the best kitchens in the city at bargain prices.

The Irish heritage in the New York area is omnipresent and St Patrick’s Day is the event of the year to witness it in all its intoxicating glory. On the day itself, there is a parade, complete with costumes and marching bands, that slowly snakes up 5th Avenue.

Gay Pride is a huge event in the city and is usually lasts an entire week with a number of smaller events all leading to the main parade on the Saturday of the festival. As the home of the first Gay Pride parade held in 1970, the event is of particular significance to NYC. The event is intended as a celebration for everyone and prides itself on diversity, welcoming attendees of any sexual orientation, gender, race and age.

San Gennaro is a week-long festival that takes place in Little Italy every year. A highlight is the parade, where a statue of San Gennaro (the Patron Saint of Naples) is carried through the cobbled streets, followed by a large procession. The atmosphere is electric with music, street food vendors selling their wares, and huge crowds slowly meandering through it all, usually clutching a cocktail in a giant, brightly coloured plastic glass.

Macy’s Thanksgiving Day Parade is a world-famous event with a procession of floats and entertainers celebrating this special occasion. Even the preparations can be captivating to watch. On the night prior to the parade, the famous huge balloons depicting animals or cartoon characters are inflated somewhere on the Upper West Side – a great spectacle to see after a dinner out with friends.

►For more entertainment ideas, read See and Do in New York City 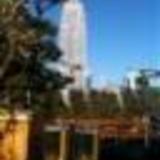 Originally from France, Stephanie lived in the UK for 11 years before moving to New York in 2007 after getting promoted into her company's US head offices. Living in New York is a dream come true for Stephanie who first visited the City in 1999 and immediately fell in love with it. Her blog, Biting the Big Apple, chronicles her experience.