Finding work in Spain can be very difficult as an expat, and those already working in Spain would do well to hold onto their jobs.

Although unemployment in Spain has improved steadily over recent years, it's still among the highest in the European Union (EU). The national government has even created financial incentives to encourage jobless foreigners already in the country to return home.

The country’s strict policies protecting workers rights also means that many stay in their positions long-term and turnover rates remain low – creating a limited amount of openings. This can certainly work to an expat’s advantage once they secure viable employment.

Finding a job in Spain

Those lucky enough to secure employment prior to arrival will thankfully avoid the crunch of the job hunt, but many who arrive in Spain without a job offer will quickly discover that finding work can be more difficult than they anticipated.

The job prospect horizon will broaden tremendously for those with a good command of the Spanish language. If an expat happens to know German, there are even more opportunities to be filled – especially with real estate agencies, travel companies and tour operators.

Otherwise, English-speaking expats should strongly consider taking a course in Teaching English as a Foreign Language (TEFL) so they can take advantage of the demand for teachers in private enterprises and language schools.

Overall, the tourism and construction sectors are Spain’s most important industries and are the best areas to look for employment.

The country has also historically attracted large interest from entrepreneurs looking to set up their own businesses. Anyone planning to migrate to Spain to do so should, however, hire a local gestor to help them negotiate the sticky bureaucracy spun from Spain’s web of rules and regulations.

Qualifications obtained in Europe and the UK are widely recognised. Salaries are generally less than in the UK and northern Europe, but the standard of living is higher and the cost of living is lower. Plus typical Spanish working hours include a two-hour break for lunch in the afternoon, although the traditional siesta is slowly being done away with in many Spanish cities in favour of sociable working hours.

Being self-employed in Spain

Given the poor state of the economy and lack of decent job opportunities, many expats have had to turn to self-employment to work in Spain – many finding success in the IT sector or in improvements and repairs.

The actual process of working as a self-employed person in Spain (known as an autonómo) is quite straightforward, but expats interested in doing so will need a financial consultant called an asesor to help them get established, handle their income tax returns and IVA (the Spanish equivalent of value-added tax).

Anyone from another EU country can come to Spain and start work without any special requirements, but this is not the case for non-EU nationals, who will need a Cuenta Propia permit to legally do this kind of work.

Being self-employed also legally requires contributions to the health and pension system, the cost of which increases with age. There is no sliding scale of contributions whereby someone pays more as they earn more. This is obviously a barrier if someone aims to set up a business and does not have much money behind them.

Earnings tend to be lower in Spain than elsewhere in Europe, and monthly costs are high from the get-go. Expats will also need to take into account that their asesor will charge them for their three-monthly IVA returns and a yearly tax return. Thus, expats planning on raking in the cash as a self-employed worker should think twice, since it is going to cost several thousand euros a year just to operate legally.

Expats can also choose to increase their monthly contribution payments to provide for unemployment and sickness benefits.

►See Doing Business in Spain for more on work culture and etiquette.

►Education and Schools in Spain is a must-read for expats with families.

Are you an expat living in Spain?

Expat Arrivals is looking for locals to contribute to this guide, and answer forum questions from others planning their move to Spain. Please contact us if you'd like to contribute. 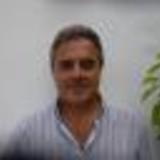 Gordon Hayes Our Expat Expert
I moved to Spain with my wife, Chris, in June 2003 to the Costa Blanca, but we now live in Almeria. I have worked since I arrived doing a variety of jobs. You really do have to be prepared to do anything here, not just say it is so, as many do. We have moved about on the Costa Blanca and in Almeria following work, which has been fun as we have had the opportunity to live in different places, but we never have really settled anywhere yet. However, I feel Almeria will remain home for us unless something happens that means we cannot stay. I recently started my blog, A Real Spanish Life, to detail our experiences of moving to and living in Spain.