Keeping in Touch in the Netherlands

Keeping in touch in the Netherlands is easy. Service standards are good and the options are many, with internet, telephone, mobile phone and post available. Expats can also stay informed with newspapers and news sites aplenty.

Internet in the Netherlands

As one of the most connected countries in the European Union, dozens of companies provide internet access in the Netherlands in various forms, including DSL, cable and fibre.

Expats intending to opt for DSL may need to have a phone line installed in their home. A cable network, on the other hand, doesn't require a separate phone line and can be a bit cheaper. Cable service is often available in packages with cable television and telephone services. Unfortunately, cable internet is dependent on location, so customers can't always choose their cable provider.

Mobile phones in the Netherlands

The Netherlands has an extremely high percentage of mobile phone usage. The largest companies in the Dutch mobile phone industry include Vodafone, KPN and T-Mobile.

Phone services from other countries can be used in the Netherlands, provided the network operator allows international roaming. Expats can also buy a Dutch SIM card as long as their phone isn’t locked by their service provider.

The two major calling plans available in the Netherlands are prepaid and contract. Costs depend on the average number of calls made, the time of day the calls are made, whether the phone is used overseas and whether calls are made to mobile phones or fixed phone lines. Contract plans typically have cheaper calling rates and include a pre-determined number of free calls over a certain period of time. While contract plans require a subscription fee, prepaid plans do not.

Landlines in the Netherlands

KPN provides all fixed landline telephones in the Netherlands. Expats generally must subscribe for at least a year and provide identification, proof of address and their residence permit. Other options might include putting down a deposit, which will be refunded after making regular payments for a specified period of time.

Postal services in the Netherlands

Post offices are usually open Monday to Saturday from 9am to 6pm. Some post offices in major cities are open late on specified shopping nights, usually Thursday or Friday.

PostNL is the major postal delivery service provider, operating in the Netherlands as well as Belgium, Germany, Italy and the United Kingdom.

Postal services are generally reliable. Mailing within Europe usually takes two to five days, while postage times outside of Europe vary, depending on destination.

English media and news in the Netherlands

Newspapers from various countries and in several languages can be found at any public library. An expat newspaper called The Holland Times is also available via subscription or free at several locations around the country.

►For info on managing finances, see Banking, Money and Taxes in the Netherlands 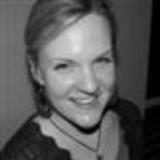 Originally from Maryland, USA, I met a Dutchman through mutual friends of ours back in 2007. One thing led to another and now here I am living my life as an American expat in the Netherlands. My dog Turner has trailed along, and is now a proud exPET. I enjoy writing and have self-published two books in addition to writing for various websites and publications.

You can follow me on my blog Clogs and Tulips:An American in Holland