An interview with Nicola M - an expat coach in the Netherlands 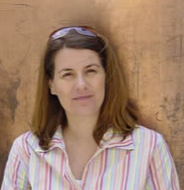 Nicola McCall is an expat life coach based between the Netherlands and the UK. She runs Live Life Now Coaching, has been a Board Member of an Expatriate women’s group, International Womens’ Contact Utrecht, and a Mentor on expatwomen.com. Nicola loves the way the expatriate community allows instant rapport with someone else going through similar circumstances and the willingness to be open and share information, resources and support to complete strangers.

Q: How long you have you lived here?

Q: Did you move with a spouse/ children?

A: My partner works for a Dutch bank and was offered an expatriate role in the Head Office. I have a Human Resources background and found a job shortly after we arrived near Amsterdam, but with little support here e.g family and friends, being a full time working mum with an often overseas partner was not really going to work for us as a family. Part-time work for women is available but you are at the back of a long queue as the majority of Dutch women with children want to work that way due to the half day school schedules on Wednesday and Friday. I decided to retrain as a Coach and now run an Expatriate Coaching service. This allows me to make use of my skills and experiences globally as well as works in balance with my other life roles.

Q: What do you enjoy most about your host city, how’s the quality of expat life in the Netherlands?

A: Amersfoort is full of historical buildings, it's a medieval city surrounded by differing layers of age buildings.  Its also known as the city with a heart due to its shape!  There are a lot of activities happening in the city over the year, very good shops and restaurants.  Quality of life here is good.

A: Speaking with my own language and being on top of the game.....its hard to describe the longer I live abroad what I miss, but just the ability to be able to use English to deal with issues, to have a rough idea of how things work and what to expect and to know who to go to when things go wrong, would make life here a little easier.  Yes the Dutch speak English and very well on the whole but its still more difficult to resolve things and whether this is due to customer service, the unwillingness to take on someone else's problem which can be an issue living in the Netherlands, I just don't know.

Q: Is the Netherlands safe?

A:  I'd say very much so compared to living in London, Dublin and USA.

About living in the Netherlands

Q: Which are the best places/suburbs to live in the city as an expat?

A: Bergkwartier is known for having expats living here, although I can say there are not as many as when we first came in 2004 since Phillips moved the Amersfoort office. Other areas Leusderkwartier, the BinnenStad/Muurhuizen (inner city), also Hoogland, Nieuwland and Vathorst newer areas of the city to the north.

Q: What’s the cost of living in the Netherlands compared to the UK? What is cheap or expensive in particular?

A: In terms of rent we would not be able to afford in London, the size of property we are in here. So its cheaper in that respect. however, there is a constant issue I've picked up from being here 6 years about the fact that expat rents are more than a rent would be for a local and it appears for little extra service. I feel that it depends on your landlord but still there is a lack of responsiveness and responsibility.

When we first arrived we noticed prices were much cheaper than they had been in Dublin (where we were 2002-4) and in comparison to London, UK. Things though have gotten more expensive in the time we've been here.  Property itself is comparable to buy with SE England properties.

A: Locals are friendly but do keep themselves to themselves, if you have a problem or need help you must go to them.  They all have lives and work they are getting on with and we're very much seen initially as temporary interlopers. Dutch social life differs from the easy go style of the US, Ireland and UK. Appointments for socialising are made and work/ home tends not to mix, whereas in UK one tends to be sociable after work with colleagues regularly and without formal appointments!

A: I met a lot of people easily and readily when I came, but making friends did take me longer and these do tend to be women in similar circumstances – expats here due to work or marriage, with children. I joined an international women's group when I arrived and that helped with building my social and support network here.

About working in the Netherlands

A:  No. I'm an EU citizen so have the right to work and stay.

A: Amersfoort is a wealthy environment and work seems to be available, although there has been some evidence of recession in the newspaper reporting in the past year. However, I can't say I've seen a big impact in the city on a daily basis.

A: I don't work in an organisation here so can't comment.  My partner found the need for meetings after meetings and consensus rather than active decision making irritating initially but now is used to it.  His other surprise was that work and home are very separate. The Dutch leave on time to go home to do their hobbies and be with family they don't wait around to pop to the pub or socialise as is done in the UK and you are rarely invited to a colleague's home.

A: Yes and thankfully we had that support.

A: No, he had the pleasure of going to work where everything was familiar to him. Our son was 14 months old so took it all in his stride. For me, the biggest problems I had as the non-working/trailing spouse were  loneliness, single parenting without a break (no childcare, no family/friends whilst he travelled with work) and not knowing where things were or what products were in the shops.

A: My son is at an international school in Hilversum – it formerly was a department of a dutch school so still is under the education system of the Netherlands, although the programme is based on the Primary Years Programme of the International Bacculaureate (IBO) and taught in English. I'm still not sure if the daily commute to learn in his mother tongue, outweighs attending a local dutch school and being able to integrate more, but decisions were made as it was only a temporary assignment.

Q: How would you rate the healthcare in the Netherlands?

A: Good but at times unhelpful. You have to insist and be a pain in the bum at times to be given medication or further treatment. The Dutch doctors' approach is that of let the body heal itself.

A: I think most importantly to accept that things are not done like they are at home and you can't change it. Ask questions about when and where and get clarification and names where necessary but  it helps to know it will be done their way and not yours.