Interview with Jeremy Holland - An American expat living in the Netherlands

Jeremy Holland is an American expat from California who is now living in the Netherlands. Having previously lived in Barcelona with his Spanish wife and their daughter, they now call Oudorp their home. Jeremy is the author of a series of short stories, and his most recent publication, From Barcelona: Stories Behind the City, is soon to be released. 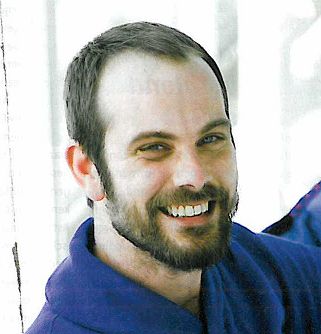 A: I was born in Glendale, near Los Angeles, California.

A: Oudorp, just outside the ring of Alkmaar in North Holland.

A: Nearly two and a half years.

Q: Did you move the Netherlands with a spouse/children?

A: Yes, I came with my Spanish wife and our daughter who was one at the time.

A: It was the start of the economic crisis. We were living in Barcelona and had lost our jobs. I was an English teacher and had just released my first collection of short stories. My wife was a secretary. There didn’t seem to be much hope of a future in Spain so we moved to the Netherlands because it was a country and people we both liked and admired.

Q: What do you enjoy most about Oudorp, how’s the quality of life?

A: I like the quaintness, its history and the people of Alkmaar. The greenness and tranquillity of being surrounded by trees and still water in the canals is an added bonus. A friend recently visited from the States and was in awe at how much better the quality of life is here. I think the Dutch, in general, strive to find a good work-life balance.

A: Alkmaar is about 40 minutes north of Amsterdam, which is where most work for non-Dutch speakers is (plus, The Hague and Rotterdam) so the commute is around an hour and a half each way. If you have a kid in daycare or school, someone will need to stick close by to drop off and pick up your child, which limits your flexibility as far as both finding office work goes.

What do I miss other than friends and family? Good Mexican food and a proper margarita on a hot sunny day. Luckily, that doesn’t happen too much in Holland. I miss the spontaneity of Spain, the random nature of the people and a beach with water warm enough to swim in. The North Sea is close to Alkmaar, but always frigid.

A: Yes, very. Plus the area outside the ring, where we live, seems to have a playground for every group of townhouses.

A: We get by without a car. Bikes are the quickest way to get somewhere or walking if you want to be different. A car is necessary if you want to go to some place like IKEA or a plant nursery, but you can rent one for those occasions and many stores deliver now. Getting to the airport or coming home is when you really miss having your own wheels. There are taxis, but they aren’t cheap.

The public transit is expensive and more prone to delays and breakdowns compared to Spain, especially Barcelona and Catalunya. But at least people use it, unlike in LA. Some companies will pay for the cost of your commute so that helps alleviate the economic sting and more carriages have Wi-Fi to make the journey more enjoyable. In Alkmaar, there are buses and trains. In Amsterdam and other cities, there are also trams.

About living in the Netherlands

Q: Which are the best places/suburbs to live in the Netherlands as an expat?

A: That’s a tough one. Like most places, the further you go from the main centres in the Netherlands, the cheaper and more local life is. I guess it depends where you are based and what you’re looking for. My wife and I both really like Alkmaar and Oudorp. I’ve heard goods things about Haarlem and know a few people who live in Leiden.

A: After living in flats all during our time in Barcelona, we love our three-level townhouse with a garden.

A: Compared to LA and Barcelona, the price of housing in the Netherlands is cheap if you don’t mind living in attached accommodation. If you want a detached house, that’s a different story with 500,000 euro the starting point.

A: The locals are great. We mostly talk to our neighbours and the teachers at our daughter’s daycare, random strangers when we go out to eat. We’ve met some parents and fellow expats. Most are married or the ex of a native.

A: I’ve become much more of a hermit as I’ve grown older so I haven’t really made

an effort to befriend people. My wife is happy there are some Spanish speakers at her work. Neither of us have made much of an attempt to learn Dutch (I know bad expats!) which limits our ability to interact and expand our social circle.

About working in the Netherlands

Q: Did you have a problem getting a work visa/permit for the Netherlands?

A: I have a dual nationality so luckily I came to Europe legally.

Q: What’s the economic climate like in the Netherlands, is there plenty of work?

A: It’s better than Spain, but the Netherlands is starting to feel the effects of the economic crisis. It’s harder to find work now than when we came, especially if you don’t speak Dutch, which is to be expected.

A: I’ve just released the second edition of my short story collection, From Barcelona, so I’m able to work from home as I try and earn a living writing. From conversations with people, I’d say the Dutch work hard but leave it at the office. If you have an opinion or gripe, you better express it, because if not, they’ll walk over you.

A: I guess we are technically immigrants, not expats, since we came without work. If you’re planning on doing what we did, I suggest saving enough to make it through at least six months to a year.

A: My wife has actually adjusted to the gloomy weather easier than I have.

A: Our daughter spent her first eighteen months with the two of us so the transition to a Dutch-speaking daycare three days a week was a bit hard at first. Fortunately, the teachers spoke English well-enough to sooth her transition and now she’s babbling away in three languages about her friends.

A: I can only speak about daycare. It begins as a piece-meal process (half a day here, half a day there) so keep that in mind if you are coming with a small family.

Q: How would you rate the healthcare in the Netherlands?

A: You need to go to the doctor three times before getting a prescription and no antibiotics.

A: The “switch” when you study a foreign language is the moment you stop translating from English and speak directly in the native tongue. The same thing happens when you live abroad and stop comparing things to home.