Kids and Family in Madrid

As the largest city in Spain, Madrid draws international families and their children from all corners of the globe.

Expat mothers and fathers moving to the Spanish capital can take comfort in the warm-natured approach Spanish residents have towards children in Madrid.

The city has an even warmer child-friendly climate. Long spells of sunny skies and dry seasons make for enjoyable outdoor playdates and easy activity planning for the cost-conscious.

Education and schools in Madrid

Expats moving to Madrid with children will certainly need to consider the education on offer in the city.

Madrid is not short of private international schools and houses Italian, French, English and even Russian schools. Parents who would prefer to integrate their children into a Spanish public school will, on the other hand, have to come to grips with the points system used for applications.

The Ministry of Education also introduced a bilingual programme a few years ago and some Spanish schools now operate as bilingual schools. In principle, bilingual schools offer a few more hours of English a week and the bilingual teacher is responsible for teaching English language, art, science, arts and crafts, and physical education while other subjects are taught in Spanish.

Expats who have children younger than three years of age may wish to take them along to one of the English-speaking playgroups in Madrid. These playgroups are usually formed by international parents as well as Spanish parents wishing to introduce their little ones to English at an early age. These are a great place to start meeting other international residents, to swap advice and to make friends.

Eating with children in Madrid

Cooking for children can become difficult if the little ones happen to be hung up on their favourite foods from home. Luckily for expats, there are many international shops in Madrid, including English shops, American delis, Swedish, Arabic, Hindi, Asian and Italian shops. Some stores, such as the Food Hall, even have online purchasing available.

Family restaurants in Madrid abound. For a taste of nostalgia, visit any of the themed restaurants, such as the Hard Rock Café and Foster’s Hollywood,  which cater to Westerners craving the familiar.

Activities for children in Madrid

There are plenty of attractions both nearby and just outside the city limits for parents who would prefer to take their children on a field trip to explore the surrounding countryside. Not to mention, Madrid is a mere 45-minute drive from several winter ski resorts if a family holiday is in order.

The Parque de Atracciones (Amusement Park of Madrid) is in Casa de Campo, well within the city limits. It can be reached by metro, bus or car. Even though it is labelled as a theme park, it is valued for its classic fairground atmosphere. The great thing about the amusement park is that parents can pay a small fee to accompany and observe their children having fun, or can pay for a full price ticket and participate on some of the many gravity-defying rides.

La Cripta Magica, located close to Atocha, captivates adult audiences during the week with magnificent magic shows, but on weekends it dedicates two shows in the afternoons especially for children from two to 12 years old. Children can sit right in the centre of the theatre for a full view and a truly magical experience.

Expat parents who would prefer their children to experience a more educational attraction should head to the Cosmo Caixa. This science museum in Alcobendas allows children to take part in an extraordinary journey of the solar system in a 3D planetarium. They can also get up close to some of the planet’s plants and animals or experiment with specially adapted scientific instruments.

For something a little out of the ordinary, parents can take their children on one of the themed train rides that run from several different train stations in Madrid. One of the favourites is El Tren de la Fresa, which allows children and their parents to enjoy local strawberries en-route while listening to tales of the past all the way to Aranjuez in medieval style.

Arts and culture for kids in Madrid

One activity in Madrid that is as enjoyable for adults as children is the art walk. The Reina Sofia, El Prado and Thyssen museums are all within a five-minute walk of each other; each offering guided tours as well as family workshops which can be booked in advance.

Expat families can even visit places such as the Royal Tapestry of Madrid. If arriving at the right time, one might just catch a glimpse of elegant tapestries being woven on the premises.

Children can get rid of some of their ample energy with a picnic and some playtime in any of Madrid’s beautiful parks.

Madrid’s most emblematic and largest park, El Retiro, is located in the city centre. Casa de Campo is a lot of fun for kids, not only because of the zoo and amusement park, but also because of the lake, ice stands and playgrounds. There is always plenty going on at the park, such as free puppet shows for children on weekends, seasonal rowing on the lake, as well as several exhibition halls which show interesting and unusual sculptures and art installations throughout the year.

Are you an expat living in Madrid?

Expat Arrivals is looking for locals to contribute to this guide, and answer forum questions from others planning their move to Madrid. Please contact us if you'd like to contribute. 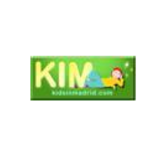 Paloma Irving is the creator and editor of Kids in Madrid, a comprehensive online guide to family-friendly activities in Madrid."KIM" has hundreds of pages on activities, workshops, schools, services, articles and more - and all available in English and Spanish!