A Shopaholic's Guide to Madrid

Variety is the essence of shopping in Madrid – retailers and products are never limited to a defined style nor a single look and feel.It is a city where almost anything can be found, particularly for people in search of the sophisticated, the unique or the eccentric.

From the elegance and flair of the boutiques in the Salamanca district to the cosmopolitan charms of the Chueca district and beyond to the city's large department stores, Madrid truly has it all.

Combine all of this with the city’s history, art, culture, good weather and gastronomy, and new arrivals in Madrid may just have found the shopping capital of Europe.

This is one of the most distinguished neighbourhoods of Madrid. Founded in the 19th century, it was the first district with running water and is famed for its wide, French-style boulevards. The richest man in Spain at the time, the Marquis of Salamanca, lived here and promoted the construction of this neighbourhood.

Some of the most prestigious boutiques in the world are located here and expats who are looking for local designs will be able to find work by a number of talented Spanish designers such as Victorio & Lucchino, Adolfo Domínguez, Roberto Verino and Elena Benarroch, to name a few. Every September the district is converted into the venue for Vogue Fashion Night Out.

This is also the best area to find diamonds and other precious stones. Calle Serrano is where shoppers will find most of the exclusive jewellery stores in Salamanca.

Chueca and Triball in Madrid

Chueca and the triangular area in the vicinity of Plaza dos de Mayo that is known as Triball offer varied fashion stores, from leading labels of casual wear to a wide selection of vintage clothes.

In Chueca, expats will find the Fuencarral Market, a place where originality and the avant-garde stand out with colourful and psychedelic products. This attractive market also has a DJ as well as little shops where new arrivals can get a tattoo, a piercing or a surrealistic hairdo.

Puerta del Sol hosts a fashionable and diverse shopping district lined with well-known department stores, fashion chain stores and franchises such as Zara, Mango, Primark (a flagship store and one of their biggest in Europe), Desigual and Apple store.

In Plaza de Callao, expats will come across FNAC, one of the city's largest music and bookstores. Plaza Mayor, Gran Vía, Puerta del Sol and surrounding streets are the traditional shopping areas in Madrid, home to many establishments that sell vintage cultural wares. Here, shoppers can find classical guitars, Spanish fans and mantillas, handicrafts, ceramics and even flamenco costumes and accessories.

Those keen for a trip down memory lane should visit Calle Luna and Malasana to find bizarre items, comics, forgotten old records, retro fashion and second-hand clothing. Some of the stores are over a century old and can be distinguished by the bronze plaque affixed to their shopfronts that certify them as being Comercios Centenarios – Century-old Stores.

Madrid has an impressive selection of food markets where expats can sample local produce, as well as flea markets that sell a wide array of charming and unique vintage items.

Some of the best-known markets include:

Calle Princesa and Calle Alberto Aguilera are lined with multiple shops, including leading fashion chains, shoe shops, jewellers and department stores, such as El Corte Inglés. People who aren't fond of crowds should visit the El Corte Inglés in the Nuevos Ministerios district, as it is one of the biggest and shoppers will be able to find almost everything.

Another place which is a must-visit for expats who love top designer fashion without the price tag is Las Rozas Village on the outskirts of Madrid. Here customers can scour the aisles of 100 outlet designer stores with discounts up to 60 percent all year round.

Tips for shopping in Madrid

To enjoy the best prices in Madrid it is worth noting the exceptional sales that take place in the city twice a year. The best winter sales start from 7 January which is the day after Reyes, when most Spanish children receive their gifts from the Three Kings. Summer sales, on the other hand, start at the beginning of July until late September.

Expats should remember that, when shopping in Spain and using a credit card, they may have to provide some sort of identification.

Restaurants and shops in the city centre, especially near tourist attractions, are open all day, every day, most public holidays and Sundays. Shopping centres, department stores and supermarkets are open all day, including Saturdays, but are usually only open on the first Sunday of every month. In Madrid, store opening hours may vary. Big malls usually open all days of the year including Sundays. Smaller stores have different policies. 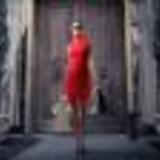 Personalised tailor-made shopping tours and activities in Madrid, ideal for the luxury leisure traveller or the busy businessperson. Everyone is welcome at the Made in Spain Shopping Tour.