Five reasons why expats should move to Manchester instead of London

Allison relocated to the UK from Canada on a Youth Mobility Visa and was drawn to Manchester, where she found work with the National Health Service. Keep reading to find out why Allison believes Manchester trumps London in five key aspects.

Even a year after I moved to Manchester, I still had friends back in Canada asking me how life in London was going. People often end up focusing on the capital of a country and forgetting other cities exist and many people certainly act like London is the centre of the universe. You won’t have to talk to many people in the North before you hear people talk about being left behind and forgotten.

Mancunians or ‘Mancs’ can sometimes have a bit of a rivalry with their Southern neighbours, but ‘the heart of the Northwest’ is booming. Initially sparked by a vastly overpriced housing market, more and more people are choosing to either relocate from London to Manchester or to skip the capital entirely.

Here are five reasons why you should consider moving to Manchester instead of London.

1. The cost of buying a house or renting is much more affordable

Many families who could never afford to buy property in London could buy quite a nice house in Manchester. According to British property website Zoopla, the average cost of a house in 2020 in London is GBP 660,000, and if you’re looking at Central London prices are well over GBP 1,000,000. Manchester, by contrast, has an average house price of GBP 200,000. The price difference is so vast it’s incomparable.

While you’ll save money on your rent and mortgage, you’ll still be able to access the same great quality of life so many parts of London offer. Ancoats, for example, is filled with charming converted warehouse lofts and an array of craft beer bars, and is reminiscent of London’s Shoreditch. Chorlton is comparable to London’s Camden Town and features many vintage shops, vegan restaurants and a quirky nightlife. Those looking for a more Central London experience should consider Spinningfields or MediaCityUK – both areas are home to towering skyscrapers and posh restaurants.

In 2012, the BBC moved their offices from London to Salford just outside Manchester. Since then, Manchester has greatly outpaced every other UK city for job growth and city centre expansion. Attracted by the lower rents, burgeoning creative industries and access to the North, many offices are relocating to Manchester from London.

Manchester also boasts two of the largest NHS trusts in the country: Manchester University Foundation Trust and Salford Royal. Across England, the NHS employs over 1.5 million people and is rated as one of the largest employers in the world. Half a dozen other NHS trusts are within easy commuting distance of Manchester, opening up a range of career opportunities.

3. The general cost of living is more affordable

Groceries, restaurant meals and clothes all tend to be cheaper in Manchester, so in addition to saving on your rent and mortgage, you’ll save on daily expenses as well. The average cost of a restaurant meal in London is GBP 15, compared to GBP 13 in Manchester. The high cost of rent in London means that shops and restaurants often need to charge more than they would in other cities.

While Manchester can’t compare with London’s sheer volume of quality tourist attractions, it still offers many free and reasonably priced attractions. Sights such as the Manchester Museum, Whitworth Art Gallery, John Rylands Library and Manchester Cathedral are all free to visit. An affordable day out can also be had with a train ticket to Liverpool or York, both about an hour away and also offering an array of interesting sights.

4. Manchester is a welcoming and friendly city

The North has a reputation for being friendly and Mancunians are no exception. Mancs tend to be outgoing and welcoming. The city offers a wide range of volunteer opportunities, community groups, churches and meet up groups for those looking to make friends. A vibrant music scene offers a multitude of opportunities for socialising.

I’ve had several friends move to London and all of them expressed experiencing difficulties in making friends in the capital. While expat groups offered them a way of socialising, they found Londoners, in general, to be less open and outgoing than they expected. Even born-and-bred Londoners have mentioned their difficulty making friends and commented on the friendliness of Northerners.

5. Manchester is the gateway to the North

With a bustling international airport, multiple busy train stations and a location on England’s main North-to-South motorway, Manchester truly is the gateway to the North. Offering direct trains to Liverpool, Huddersfield, Leeds, York, Newcastle, Glasgow and a range of other cities, Manchester links the North. The train journey between London and Manchester takes just over two and a half hours with dozens of trains running each day.

Drivers in Central London are subject to a GBP 15 a day congestion charge, Manchester has no such charge. With two ring roads and a range of motorways, driving in Manchester is straightforward even for those of us used to driving on the other side of the road.

While London boasts two international airports reaching them can be a nightmare and the average train ticket to Gatwick costs GBP 19, compared with an average fare of GBP 3 to take the train to Manchester Airport. Flight deals are not just confined to the capital, with many discount carriers offering great savings for flights out of Manchester.

For those looking to get out of the city for a day trip, Manchester is a short drive away from the Peak District, the Lake District and the Yorkshire Dales. A slightly longer drive will put you in Snowdonia or Northumberland.

►Check out more great Expat Articles About the UK

►For more on Allison's expat experiences in Manchester, read our insightful interview 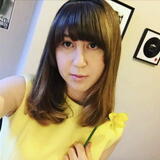 Allison is a 29-year-old Canadian expat who has just finished two years on a Youth Mobility Visa in Manchester. Most of Allison's experience has been working in public relations but she has taken a two-year career break to work with the National Health Service. On the weekends, Allison enjoys seeing live bands, collecting records and hiking. Be sure to follow Allison on Instagram.