Living abroad is an incredible experience – however, it is slightly marred for American expats by the fact that they will still have to file US taxes reporting their worldwide income. This is often in addition to filing foreign taxes in their country of residence, regardless of whether a tax treaty is in place between the two countries.

Essential info for US tax filers

The minimum expat income for filing is the same as for Americans living in the US: any American whose income exceeded 12,200 USD in 2019, or just 400 USD of self-employment income, has to file. It doesn’t matter which country or currency it’s earned in either.

Because expats have to file both local and US taxes, each of which have different deadlines, expats get an automatic two-month filing extension until June 15th. If they still require more time to file, they can file Form 4868 to request an extension until October 15th, the same as if they were living in the States. Expats who owe US taxes still have to pay at least an estimated amount by April 15th though, many expats choose to get their US filing out the way early if possible.

Last year, the IRS introduced a new Form 1040 for the first time in a generation, intending to simplify tax filing for people with less complex financial circumstances. Making Form 1040 smaller meant relocating many fields onto several new schedules, though. This meant that the experience wasn’t necessarily simpler after all, as Americans had to search new schedules to find the relocated fields.

For 2019 filing in 2020, the IRS has changed Form 1040 again, with some of the fields moved back from schedules onto the main form again.

The majority of Americans either use a software or a tax preparer anyway, so that they won’t notice the new changes to Form 1040. But those that prefer to file paper forms will be scratching their heads again this year looking for fields.

Even though expats won't be able to get out of filing US taxes altogether, it's possible to claim several IRS provisions to reduce one's tax bill drastically, or even to zero.

Expats who pay foreign income taxes at a higher rate than the US rate can eradicate their US tax bill by claiming the Foreign Tax Credit to offset the foreign taxes that they’ve paid. They can achieve this by filing IRS Form 1116 when they file their US federal tax return.

Alternatively, expats who earned less than 105,900 USD in 2019 can eradicate their US tax bill by filing IRS Form 2555, the Foreign Earned Income Exclusion, which lets expats who qualify exclude up to this amount from US tax.

Expats claiming the Foreign Earned Income Exclusion must be able to demonstrate that they are a permanent resident in a foreign country, or that they spent less than 35 days in the US in 2019, to qualify.

Every expat’s circumstances are slightly different. It’s always worth consulting an expat tax specialist to ensure that the minimum US tax is paid and stay on the right side of the law.

Expats with a foreign-registered business

Expats who own, or part-own, a foreign registered business have to report it as part of their US federal return.

American expats who are self-employed, as well as those employed by an American firm, are still required to pay US social security taxes.

The US has signed treaties with 26 other countries called Totalization Agreements that prevent expats paying social security taxes twice, both in their country of residence and to the US. Which country they should pay to is defined in these treaties depending on how long the expat expects to be living abroad for. The longer that they will be abroad, the more likely it is that they will pay in their country of residence rather than to the US, but the exact terms are set out in each treaty.

Americans who have foreign-registered financial accounts often have an extra filing requirement called Foreign Bank Account Report (FBAR). Expats are required to report not just foreign bank accounts but most types of foreign-registered investment accounts too.

Qualifying accounts include all those that an expat has signatory authority or another form of control over, even if the account isn’t registered in their name.

The rule is that any American whose combined foreign account balances total exceeds 10,000 USD at any time during a year has to file an FBAR, FinCEN Form 114, online.

Penalties for not filing FBARs are high, starting at 10,000 USD a year for unintentionally missed or incorrect or incomplete filing, and foreign banks and investment firms are providing the same information to the US government, allowing the IRS to compare the two reports.

Expats with over 200,000 USD in offshore financial assets also have to report them on IRS Form 8938 when they file their federal tax return.

Some expats also have to file state taxes from abroad, depending on the rules in the last state they lived in. It normally depends on how long they’re moving abroad for and what ties they retain in the state (for example, drivers' licence and voter registration, property, or family) but it’s always worth talking to the state to ensure familiarity with the rules.

Many expats move abroad and initially neglect to file their US tax return because they don’t realize that they have to. Others file their tax returns but aren’t aware of the FBAR filing requirement.

The IRS has amnesty programs available for both these groups, known as the Streamlined Procedure, and the Delinquent FBAR Procedures, respectively.

Hiring a tax specialist for US taxes

Expats who have any questions about their US tax filing situation should consider contacting a US expat tax specialist. Specialists will not only be able to ensure that expats are compliant but will also strategize in their best long- and short-term interests with a view to save them money.

Katelynn Minott is a Partner and Lead CPA at Bright!Tax, and one of the world’s leading experts on US expat taxes. Bright!Tax is a leading provider of US tax services to the estimated 9 million Americans living abroad. If you have any questions regarding your situation, get in touch. 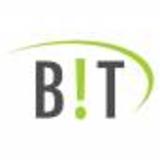 With clients in over 100 countries worldwide, Bright!Tax is the cloud-based US expat tax preparation firm most sought after by the 7 million Americans living abroad. We take the stress out of US expat tax returns. All CPAs. Fanatical Support. Secure. Precise. Guaranteed.