Interview with Eddie – a South African expat living in Mozambique 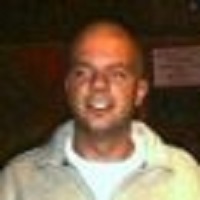 Eddie Grujon, a South African expat living in Mozambique, shares his experiences after living there for a decade. Read his interview for his perspective on life in Inhambane.

To learn more about the country, see our guide to Mozambique.

Q: Where are you originally from?
A: South Africa and raised in the UK

Q: Where are you living now?
A: Inhambane, Mozambique

Q: Did you move here alone or with a spouse/family?
A: Alone

Q: Why did you move; what do you do?
A: I had shares in a lodge, and came to Mozambique to finish construction and run the lodge.

Q: What do you enjoy most about Mozambique? How would you rate the quality of life compared to your home country?
A: I always knew that by moving to Mozambique I would be giving up certain luxuries, but in exchange, I have a much better way of life. I love the freedom, friendliness and possibilities in Mozambique.

Q: Any negatives? What do you miss most about home?
A: I do miss certain creature comforts at times, but when I read the news, it reminds me why I am so lucky to be living where I am.

Q: What are the biggest adjustments you had to make when settling into expat life here? Did you experience any particular elements of culture shock?
A: No particular elements of shock. Certain medical needs were very difficult to find when I first arrived, but now we can see and notice so much progress. It takes time, but most importantly you do feel that it is coming.

Q: What's the cost of living compared to home? What is cheap or expensive in particular?
A: I have managed to build my own home which is rent free. This would have never happened in the UK. The cost of living can be expensive here for basics, but at least I am not living on credit like the rest of the world.

Q: How would you rate public transport? What are the different options? Do you need to own a car?
A: In Inhambane you don't need to own your own car. You are limited with travel options, but generally there is always a way of getting from A to B.

Q: How would you rate the healthcare in your city? Have you had any particularly good/bad experiences regarding doctors and hospitals? Are there any hospitals you would recommend?
A: I would now recommend Inhambane hospital. As mentioned before, it was very basic when I first arrived, but it has helped so many people with serious injuries for a fraction of the price of anywhere else in the world I have travelled.

Q: What are the biggest safety issues facing expats living in your host city or country? Are there any areas expats should avoid?
A: Obviously in the capital city everyone has to be extra vigilant, but in my particular area, there are sporadic spates of crime, but it is never aggravated crime.

Q: How do you rate the standard of housing in the city? What different options are available for expats?
A: There are plenty of living options in Inhambane, but the prices are becoming more expensive every year and the salaries are not really conducive to sustaining oneself.

Q: Any areas/suburbs you’d recommend for expats to live in?
A: Inhambane province has a great mix of nationalities and is a relatively small community where everyone feels like family.

Q: Was it easy meeting people and making friends? How did you go about meeting new people?
A: I made friends instantly upon arrival, both local and expat.

Q: Have you made friends with locals, or do you mix mainly with other expats? What advice would you give to new expats looking to make friends? Any social/expat groups you can recommend?
A: As long as you are relatively outgoing, I don’t think anyone would struggle to fit into a community in Mozambique.

Q: Did you have a problem getting a visa or work permit? Did you tackle the visa process yourself, or did you enlist the services of an immigration consultant?
A: I did the process myself and learnt the hard and expensive way, however having a South African passport did make the process a little simpler compared to a European.

Q: What's the economic climate like in the city? Do you have any tips for expats looking to find a job there? Which resources did you find most useful?
A: On most occasions in Inhambane, there is very little work for expats unless you are particularly skilled. Generally, everyone sets up their own business.

Q: How does the work culture differ from home? Do you have any tips for expats doing business in the city/country?
A: The culture really depends on the work you're in. As mentioned, in Inhambane generally everyone works for themselves, so although we generally work six to seven days a week, we have a great time while doing it.

Q: Did your spouse or partner have problems adjusting to their new home? Do you think there are any specific challenges for a trailing spouse?
A: I think it can be quite difficult for some couples to adjust if they have never been to Africa before. Generally, as long as you're making enough money, everyone seems happy.

Q: What are the schools like, any particular suggestions?
A: In our area, there is a great expat school that has recently opened and is expanding rapidly. They are now in the process of putting in a sports field, tennis court, etc.

Q: Is there any other advice you would like to offer new expat arrivals?
A: Listen to the advice of those who have lived here for a few years. In the long run, it can save you a lot of time and money.