Interview with Ishwarya - a British expat living in South Korea

Ishwarya started her expat existence in 2016, when she and her husband moved to South Korea from England in order for him to follow his dream job in a major international organisation. Ishwarya has gone from being an event producer to being a ‘trailing spouse’. She spends her days exploring, blogging and generally figuring things out, mostly through the power of charades to make herself understood!

Ishwarya's blog, A Londoner in Songdo, details the life of a trailing spouse and expat in South Korea.

For an overview of moving to the country, read the Expat Arrivals South Korea country guide or read more expat experiences in South Korea. 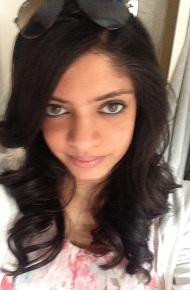 A: London, England, but I’m of Indian origin and I was born in France.

Q: When did you move there?

A: With my husband

Q: Why did you move to South Korea and what do you do?

A: My husband got a job in an international organization that is headquartered in Songdo, so we packed up and left. I was an event producer in the UK, but have come to Korea as a trailing spouse.

Q: What do you enjoy most about Songdo? How would you rate the quality of life in South Korea compared to the UK?

A: Living in Songdo is definitely an adjustment – it’s a small place, but I like that, once you’ve found your bearings, everything is close by and easily accessible. Quality of life is good here but you have to make more of an effort to keep busy (especially as a trailing spouse) than one in a similar situation would have to do in London.

Q: Are there any negatives to life in South Korea? What do you miss most about the UK?

A: Being unable to communicate due to the language barrier is really difficult! It isn’t too difficult to learn the alphabet, but to develop proper conversational skills in Korean takes a real commitment. When we first moved to Songdo, the expat community was a lot smaller, and arriving in the dead of winter was a bit isolating, but now there are a lot of families and resources available to newcomers, which makes life easier! Aside from family and friends, I miss convenience foods. My husband is vegetarian, so eating out is limited for us. Although I know what staples to buy at the various grocery stores, if I want to buy anything new, it means that a lot of Google-translating of ingredients is required to see if he can eat it. It is easier to be vegetarian in Seoul of course, but you still have to be pretty vigilant – ‘it just has a little bit of meat’ is a pretty common reaction to telling someone that you are vegetarian!

Q: What are the biggest adjustments you had to make when settling into expat life in South Korea? Did you experience any particular elements of culture shock?

A: I think that the biggest adjustment was the language – for the first time in my adult life I was illiterate in the country I was living in and it was a struggle to learn basic language skills. Also, a very Korean mannerism is to cross your arms in an ‘X’ shape to communicate ‘no’. People would do that as soon as I’d walk into a shop – usually to signify that they don’t speak English – but it felt very aggressive and took some getting used to. Now it's second nature and I don’t think twice about doing it myself – although it is often the less forceful version of crossing my index fingers into a little X!

Q: What’s the cost of living in Songdo compared to the UK? Is anything cheaper or more expensive in particular?

A: Everything, from groceries and eating out to utilities in Songdo is expensive. Whilst we are lucky in Songdo regarding rental costs – we can get a lot more space here than we would in Seoul for the same amount of money – the apartment rental system is unlike any that I’ve ever come across before. Basically, you have to put down a disproportionately huge deposit (known as ‘key money’), and then you pay a slightly lower monthly rent. The deposit sits with your landlord, who is free to use it, and I’ve heard that many landlords only return the deposit once they have rented the apartment to the next tenant.

Q: How would you rate the public transport in South Korea? What are the different options? Do you need to own a car?

A: In and around Songdo, there are many bus options and the subway is super easy to navigate. It isn’t expensive to use and if you switch between bus and subway within half an hour, you pay a single fare. Taxis are more abundant than they used to be, and if you can read Korean, then you can use Kakao T (a rideshare service app) with relative ease. There are also a couple of express buses to Seoul and, if you time your travel correctly, you can be in Seoul within 40 minutes using these, but it can also take up to two hours, depending on the traffic. Lastly, you don’t have to have a car – I know plenty of people who don’t – but we got one after about 10 months and it really does make my life so much easier – especially in the extremely cold weather that can hit in winter!

Q: How would you rate the healthcare in Songdo? Have you had any particularly good or bad experiences with regards to doctors and hospitals in South Korea? Are there any hospitals you would recommend?

A: Korean healthcare is known for being really good. Luckily, I haven’t had too many experiences with doctors here, but I do know the following:

Q: What are the biggest safety issues facing expats living in Songdo, or more generally, in South Korea? Are there any areas expats should avoid?

A: South Korea ranks fairly high in terms of world safety. In Songdo especially, the normal advice of being aware of your surroundings apply. However, attitudes towards women are not always the most progressive, especially in Seoul, I have read of women being harassed or worse on a night out. No matter what people say about the country being safe, you need to be vigilant and careful. If you wouldn’t do it in your home country, you probably shouldn’t do it here! Theft is not prevalent here – but having said that, obviously, pickpockets do exist.

Q: How do you rate the standard of housing in Songdo? What different options are available for expats?

A: The standard of housing In Songdo is awesome! It’s all apartment living here and apartments with up to four bedrooms can be found. Housing here turns around really quickly so you don’t have to start searching for months before your arrival.

Q: Are there any areas or suburbs in Songdo that you’d recommend for expats to live in?

A: I only really know the Central Park buildings and Prugio Worldmark buildings in Songdo, but I am sure that there are more areas that would suit people depending on their needs.

Q: How tolerant are South Koreans of foreigners? Is there any obvious discrimination against particular religions, women or identities?

A: It varies from place to place. When we first arrived in Songdo, I felt like foreigners were more of a curiosity but now, we’re pretty commonplace. One thing that you have to get used to is the staring. People will openly stare at foreigners. I’ve started staring back – and nobody takes offence by it! There are a lot of missionaries everywhere in South Korea, but I don’t feel like there is obvious discrimination against any particular religion. Society at large is generally very patriarchal here and although I feel Songdo is perfectly safe, I have heard a lot of stories of attacks on women in Seoul and women generally feeling unsafe. I don’t think South Korea is any more unsafe than other places in the world, but I do think that tales of it being hyper-safe for women are exaggerated.

Q: Was it easy meeting people and making friends in South Korea? How did you go about meeting new people?

A: As a trailing spouse, it was harder to make my own friends outside of my husband’s work. I think now, as there are a lot more trailing partners living in Songdo, it is much easier to see foreigners around and thus make friends. When we moved, I largely relied on my husband making friends through his workplace.

Q: Did you have a problem getting a visa or work permit for South Korea? Did you tackle the visa process yourself or did you enlist the services of an immigration consultant?

A: My situation is a bit peculiar. I came to Korea on the same visa as my husband (the A/2 visa) and one of the benefits of his job is that I can get a work permit issued pretty easily compared to people on other types of visa. We applied for our visas by ourselves, but with supporting documentation from my husband’s office.

Family and children in South Korea

Q: Did your spouse or partner have problems adjusting to their new home in South Korea? Do you think there are any specific challenges in South Korea for a trailing spouse?

A: The main issues are those of language and food. Once you figure out your usual routine, it is pretty easy to get around both of those. As a trailing spouse, you need to be quite independent and adventurous – you’d go stir crazy just sitting around and waiting for your partner to get things done, so at the start, I’d focus on getting one main task done a day while giving yourself plenty of time to work out all of Korea’s particular quirks!

Q: Is there any other advice that you would like to offer to new expats arriving in South Korea?

A: Don’t expect to get all your stuff, such as internet and phone lines, sorted super quickly. Things take their own time in South Korea and while it is easy to get frustrated, it’s better to just breathe and be patient!

►For insights from other expats, read Expat Experiences in South Korea

►For an overview of the country, read Moving to South Korea