Interview with Maria – An expat living in Lebanon

Maria is a Greek/German expat living in Lebanon. She moved to the capital, Beirut, in 2008 due to her husband’s job, which has seen them live in many different countries in recent years, including Kuwait and the UAE. Maria enjoys the sea and the mountains and finds the Lebanese people generally friendly, although the lack of respect for laws, especially the rules of the road can be agitating.

Read more about Lebanon in our Lebanon expat guide. 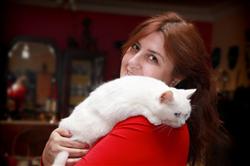 Q: Where are you originally from?
A: Greek from Germany

Q: Where are you living now?
A:  Beirut, Dohat Aramoun, Lebanon

Q: Did you move to Lebanon with a spouse/children?
A:  Yes

Q: Why did you move; what do you do?
A:  Husband’s job keeps us moving, but I settled here for university and schools of my kids.

Q: What do you enjoy most about Beirut, how’s the quality of life?
A: I enjoy four seasons (unlike when I lived in Kuwait or UAE, where it was summer all year round), the sea and mountains, a nice nightlife and nearly everything is available here.

Q: Any negatives? What do you miss most about home?
A: Miss my family. The absence of respect of laws here is very agitating, especially the traffic.

Q: Is Beirut safe? Are there any areas in Beirut expats should avoid?
A: In general is it safe, but you should stay away from areas near the airport and refugee camps.

Q: How would you rate the public transport in Beirut? What are the different options? Do you need to own a car?
A: Taxis and shared taxis services are plenty in the city as well as call taxis. Buses are slow and there is no timing, they drive as they want and stop where they want. It is not public transport like we’re used in Europe or the USA. It is cheap but unpredictable, and if someone wants to own or rent a car here, driving is an experience like nowhere else; no rules really, few people respect any driving law... It is simply crazy.

Q: How would you rate the healthcare in Lebanon?
A:  It is better to have private insurance, hospitals are very modern here.

About living in Beirut

Q: Which are the best places/suburbs to live in Beirut as an expat?
A:  Hamra, centre of the city or to the north to Jounieh. Hamra is the centre downtown, heart of Beirut, with old buildings and new towers, lots of shopping and cute pubs at night. Jounieh is a mainly Christian area, tourist area, and close to the sea.

Q: How do you rate the standard of housing in Beirut?
A:  Every price range is available... But mostly to the higher side. Every type of housing is also available, from very old houses to the latest modern-build glass towers, with nice huge balconies.

Q: What’s the cost of living compared to home? What is cheap or expensive in particular?
A:  Well, VAT is cheaper here, only 10 percent, hence many items are cheaper, unless imported.

Q: What are the locals like; do you mix mainly with other expats?
A: All are friendly most of the time, expats tend to be in their own groups, it is not like in the rest of the Middle East or UAE, Kuwait and Saudi where expats meet regularly.

Q: Was it easy meeting people and making friends?
A: Yes, thanks to Facebook and different NGOs (I am in animal rescue).

Q: Did your children settle in easily?
A: No, they missed their school and friends the first three years a lot.

Q: What are the schools like, any particular suggestions?
A: Schools are great, for expats I recommend the International College or the French schools. Eastwood College is also great, but mainly Arab expats are there. Universities are great here.

Q: Is there any other advice you would like to offer new expat arrivals?
A: Don’t trust easily as people tend to take advantage of foreigners here, especially when it comes to finding homes. And people always care about your political affiliations and religion a lot, but not the younger generation, the students in universities, they are more open-minded.